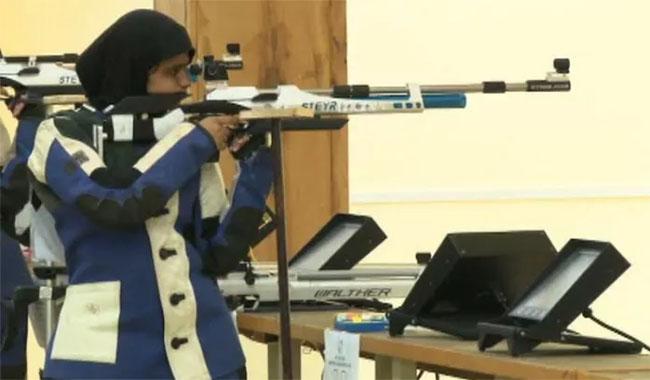 KARACHI: For the first time, a Pakistani female shooter will enter the realm of Olympics 2016, which will take place from August 5-26 in Rio, Brazil.

Karachi's Minhal Sohail will be representing Pakistan in the shooting category. Her preparation to bring laurels to Pakistan seems to be in full swing as she gears up to head for the National Shooting Center in Deodoro.

“Participating in Olympics is like a dream come true for me, I am anxiously waited for the event,” she said.

A total number of 390 athletes from various countries will compete this year, in 15 events of the shooting games.

Minhal started her career in 2012. Since then she has participated in various events worldwide and won many accolades.

Minhal, who secured the place in Olympics squad on quota, won the 10-metre Air Rifle event in the ongoing National Shooting Championship at PNS Karsaz.