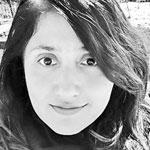 Over the last five years or so, we have seen a growing number of Pakistani bureaucrats, especially deputy commissioners (DCs), actively use social media platforms to engage with citizens.

This op-ed assesses the merits and vices of this growing trend and recommends some policy changes that can help citizens continue to engage with the civil servants in a responsible and systematic manner.

I spoke to several bureaucrats and active citizens that have regularly used social media to engage with each other. It is clear that there is a segment of society that is active on the internet but unlikely to visit district administration offices for redressal of their issues. This includes the tech savvy, educated and younger segments of society often disconnected with the state on the premise that ‘the government is useless’. It also includes a significant proportion of women, who are also unlikely to visit district administration offices due to several well-known reasons such as long queues, male-dominated spaces and gender insensitive behaviours.

Use of social media has broadened the reach of these segments to civil servants while at the same time providing the DCs with direct and honest feedback from the citizens. It has also created a platform where citizens often raise concerns in a public manner. Upon redressal of the concerns, the trust created through social media spreads quickly in the public.

Tech-savvy bureaucrats with progressive outlooks such as Hamza Shafqaat (current DC Islamabad), Saif Ullah Dogar (former DC Rawalpindi and Faisalabad) and Omar Jahangir (former DC Rawalpindi, Gujranwala and Chakwal) are some examples of civil servants that have used social media to provide swift information to citizens and prioritised citizen issues for grievance redressal. Several examples of the efficient use of social media already exist - COVID-19 being the most recent one.

A growing number of DCs have used social media to share timely information about SOPs and taken swift action on violations reported on social media. In the recent past, some DCs also launched successful campaigns such as promoting the use of helmets. Omar Jahangir, for example, during the last elections shared an application online to allow citizens to report election day violations and used these reports to deploy his small team more effectively. The application was later picked up by the Election Commission and mainstreamed across the country. These are just some examples of successful and effective use of social media by forthcoming DCs. The list of civil servants as well as the examples of its effective use are also growing substantially which is promising.

The growing use of social media by the bureaucrats is not without its challenges. First, there is still limited understanding amongst the people on respective mandates and capacities of the specific administrative units of the government. When they see an opportunity to engage with the district administration directly and publicly, it is only natural that they expect quick solutions to all issues regardless of whether the administration has the mandate to do so. They may also not be aware of the limitations of resources which would become more apparent if they actually visited the administration offices and saw the conditions that they often work in. A digital platform creates high expectations for redressal of all issues swiftly – something that might not be practical.

Second, there are occasions where the bureaucrats, intentionally or unintentionally, run the risk of blurring the difference between bureaucracy and politics. Similarly, there are times where you get the sense that the distinction between the individual personalities and the offices they hold sometimes has blurred. As more bureaucrats start making use of social media (and gain popularity) locally and nationwide, the boundaries are getting blurrier. This is also why their critics sometimes dub their social media initiatives as acts of ‘self-promotion’.

Third, we are in early stages of institutionalising the use of this tool and hence system-level ownership is rather limited. Those running social media pages are doing it on their own initiative and are often ‘tolerated’ and not ‘encouraged’ for going the extra mile. At this point in time, the system disincentivises this tool as it is also contrary to how civil servants are trained – to be faceless and nameless. The use of social media goes against this mindset and will take time to settle in. Therefore, those that we see using this tool proactively are doing this partly at a high risk. They don’t necessarily get official appreciation for a job well done but are likely to be reprimanded if something goes wrong.

There is no denying the fact that we now live in a digital age and it is important that our public services make effective use of it to strengthen state-citizen trust. Social media is one such instrument within the wider digital space. While this tool should not completely replace other means of interaction, it should definitely be welcomed as an addition.

There are ways in which the government can ensure more structured and inclusive use of social media. First, while the civil service should be encouraged to use social media, it should also set some standards. A starting point would be to revisit the 1964 civil servant’s code of conduct and bring it in line with modern realities. The revision should be used to include, among others, guidelines on ensuring political neutrality, alignment with official departmental policies, advice on managing trolling, and restrictions on personal endorsements etc.

The writer is a public policy analyst with interest in anti-corruption efforts, and the politics of economic development and water governance.