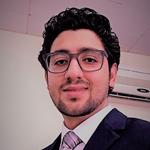 Spiraling food inflation is prevalent across Pakistan but the region of Azad Jammu Kashmir (AJK) is its biggest causality. In the past few months, the price of wheat in AJK has increased by 30 percent. This has forced people to come out in numbers and record their protest.

Generally, food inflation tends to be higher in rural areas vis-a-vis urban spaces; and so the fact that 83 percent of AJK’s population is rural puts them at a further disadvantage. Further, AJK has a mountainous and hilly terrain, combined with a crumbling road infrastructure which adds to the transportation costs. As a result, consumers in rural AJK pay substantially higher prices as compared with folks in mainland Pakistan. Thus, it is not just rising prices per se, but rather relatively high prices in AJK that has fueled anger amongst people and forced them to come out against food inflation.

Interestingly, the ongoing protests against food inflation in AJK are led by grassroots action committees at the local village and bazaar levels. Action committees are non-hierarchical organizing bodies comprising everyday folks who collectively deliberate and decide their action plans. This makes them special because it demonstrates that ordinary people are not just aware and conscious but can also self-organize for their collective wellbeing without any big donors or state-patronage. Will this organic grassroots movement force any substantive policy changes in AJK and mainland Pakistan? The jury is out.

In our globalized world, micro-level political economic changes are connected to changes at the regional and global scale. Higher food prices need to be contextualized against the backdrop of the prevailing economic order – ‘neoliberalism’ – which is centered on austerity and withdrawal of subsidies on agricultural inputs. As a result, small farmers are being squeezed not only in Pakistan but across countries of the Global South – the farmer protests in Indian Punjab are its latest manifestation.

The protests in AJK illustrate that two important economics actors, small farmers and low-end consumers, are upended by neoliberal policies across South Asia.

Historically, AJK was a self-subsistence agrarian economy and family-farms were the main source of livelihood. It was considered normal for women and men of the same family/biradari to work together in farms. In other words, the supply of labor was primarily secured through kinship ties.

Neoliberal policies in Pakistan, accompanied with lack of employment in AJK, encouraged the exodus of male workers to Gulf countries. That disrupted the ecosystem of the family-farm and instead created a new consumer market in AJK which is volatile to exogenous shocks.

Remittances are now the key source of income for the majority of households in AJK and the economic infrastructure of AJK is more connected to the Gulf countries than mainland Pakistan. Consequently, a remote peripheral area – AJK – is extremely vulnerable to geo-political and economic changes in the region. The pandemic-led current economic downturn in the Gulf countries has disproportionately impacted AJK’s economy vis-a-vis mainland Pakistan. The protests against food inflation are tied to this broader economic distress in AJK caused by the pandemic.

The data on agricultural productivity shows that AJK performs substantially poorly compared to rainfed districts in Punjab. The use of inorganic fertilizers is minimal across farms in AJK and, thus, organic farm products can become AJK’s niche. But the absence of affordable institutional credit and modern storage facilities are major bottlenecks in this regard and must be addressed to kickstart localized agricultural ecosystems.

The official youth unemployment rate is at a staggering 33 percent in AJK. Therefore, it is high time policymakers prioritized a localized and inclusive economic development in AJK. This can be done by promoting rural industrialization through small-scale industries which would create localized employment opportunities for young people in AJK. It would also have a multiplier effect as small-scale industries tend to create both forward and backward linkages with agriculture and industry.

In addition to political commitment, this requires a structural shift away from the neoliberal economic paradigm and adoption of localized community-based economic development centered on the principles of social equity, economic fairness and ecological sustainability.

The writer is an assistant professor of economics at Franklin & Marshall College, USA.