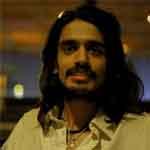 Last week, the government and Pakistan Railways inaugurated the Karachi Circular Railway (KCR) – after a hiatus of 20 years – with great fanfare. The people of Karachi thought that the agony they face every day when they commute may now subside. But this optimism was short-lived.

Speaking at the opening ceremony, Railways Minister Sheikh Rasheed congratulated the people who he said could now avail the service; meanwhile, he continued to lambast citizens who he alleged had ‘encroached over the railway’s lands’ which had then delayed the functioning of the said KCR route. Answering journalists’ questions, he also went on to say that within eight months he would make sure that all the crossing paths (phataks) that come along the KCR route are barricaded properly and all the stations reconstructed.

Nothing could be farther from truth than this. First and foremost, the train that has started running after the ceremonious opening can be called anything but Karachi Circular. It is not only different from the KCR route, it was also a similar route of a local train which had already been launched two years ago and shut down only after five months without much thought going into it. That train was the Dhabeji-Karachi Express. The KCR train doesn’t serve the purpose of a city express which usually comes and leaves every few minutes.

Second, even if the government really wants to re-launch the full route of the KCR, they can’t execute this insurmountable task because as of today the old track of the circular rail has not been encroached over by people, contrary to what the ministry loves to claim, but by constructions that the authorities themselves allowed to be built – for example, a certain bridge in the Nazimabad area. This bridge will have to be razed to the ground if the KCR is to be run on the same old track.

Third, and most important, the people the railways minister kept on labeling as encroachers and ‘qabza mafia’ are actually affectees of the KCR revival program about whom the same Supreme Court’s order that directed the authorities to rerun the rail said that the government will have to provide them with proper housing anew. Many railway colonies after the SC order in November 2018 were demolished but the families that lived there are still waiting for officials to give them either an alternate place to live in or at least pay the compensation amount. Even today, so many of these people who were rendered homeless are living under the open sky with nowhere else to go.

The Japan International Cooperation Agency (JICA) which was first asked to work on the KCR revival project had researched its feasibility and presented a comprehensive report in February, 2013. Amazingly, the report was neglected and its important chapter on how to rehabilitate over 6,000 households was never paid attention to.

Media coverage, mainly in newspapers in the past, has shown that these people who made their houses not on the railway track but close to it actually bought the land from railway or government authorities. A few of the residents’ ancestors were also once employees of the railways and were somehow granted a piece of land to live on. This large-scale expansion of katchi abadis, which also started reclaiming the railways land, was only possible because there was no availability of low-income housing societies initiated or launched by the state whose main task is to provide food and shelter to the people. As a result, the people are forced to live and start a family wherever they get a piece of land – no matter how small and devoid of basic facilities.

By the looks of it, we may just see the department close down this partial KCR, citing losses and unavailability of funds to keep running it. Which is why one is forced to ask: why such fanfare in re-launching it? One reason could be a Supreme Court hearing regarding it due today. This seems more like an exercise by the ministry to avoid contempt, and also to appease the people who are suffering the dilapidated transportation system in the city – albeit a remedy that is at best fleeting.

That the government and its various departments don’t have the capacity to pave the way for a full-fledged launch and functioning of the circular railway is quite obvious. ‘Bringing back the Karachi of the 1960s’ would have to involve obliterating half of Karachi’s population which was not there in the 60s.

To fix the transport issue in the megacity, what the authorities can do is start public-private partnerships for minibus routes and keep in the loop thousands of qingqi-rickshaw drivers also who informally provide transportation services to millions of commuters daily.

A study carried out by urban experts showed that a few years ago only the number of minibuses in Karachi was little more than 9,000, whereas this number used to be greater than 22,000 in 2012. Instead of increasing the fleet of buses accordingly with the exponential growth of population, bus owners were forced to stop operating their buses because of growing inflation and no support from the government. In every developed country, the city mass-transit system is bolstered and subsidized by the state because it runs the wheel of the economy and helps workers commute easily to and from their workplace. Ours, unfortunately, is a beleaguered country where the plight of the people doesn’t ever occur to the rulers.

The KCR inauguration ceremony then seems to have been but an eye-wash. Its revival sounds more like a utopia now given the mind-boggling expansion of the city. But what they can surely do is fix the current privately run mini-bus networks, bring back the Karachi Transport Corporation (KTC) buses, and also upgrade the qingqi rickshaws into perhaps a shuttle-like service.

Until then there will be no point in having a partial route of the KCR functioning as it will not only be a heavier cost on passengers’ pockets to first reach the KCR stations, which is useless because many of these stations are today far away from the city’s industrial and business areas. But is anyone listening?

The writer is a journalist associated with Soch Videos.