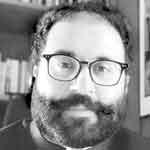 Facts and malice in law

The writer is a 0lawyer.

Eight out of 10 members of the Supreme Court have finally detailed the reasons due to which they declared the reference sent by the president, accusing Justice Qazi Faez Isa of misconduct, to be illegal, whilst still allowing for the FBR to process the allegations of misdeclaration of assets related to Justice Isa’s family.

The court distinguished between malice in law and malice in fact. “Where the action taken is driven by foul personal motive, not with the intention of fulfilling its mandate but is inspired by a collateral purpose or instigated by a personal motive to wrongfully hurt somebody or benefit oneself or another; it suffers from malice of facts.”

“Where an action taken is so unreasonable, improbable, or blatantly illegal that it ceases to be an action countenanced or contemplated by the law under which it is purportedly taken, malice will be implied and the act would be deemed to suffer from malice in law or constructive malice. Strict proof of bad faith or collateral purpose in such cases may not be required.”

There was hence a higher standard to be met to prove malice in fact, and a lesser standard to prove malice in law. “The first type of mala fide is attributed to a person whereas the second is levelled against the impugned action”, the court held. The former applies where there is an evil intention to hurt someone, the latter where actions are sufficiently “manifestly illegal or anomalous to lack nexus with the law under which they are taken”.

The court explains why this higher standard cannot be met by the case of Justice Isa, although it was met in Iftikhar Chaudhry’s case. The reference against Chaudhry was quashed on facts, Justice Isa’s was quashed on the lesser standard of malice in law. The actions of the president and the government advising him on the matter of Justice Isa were stained by malice in law, says the court. The president failed to apply his independent mind to the advice given to him; and his advisors were conflicted parties being the law minister and the attorney general who were already involved in the framing of the reference. The tax record of the Isa Family was accessed and shared illegally. The allegations of money laundering and violation of foreign exchange laws were baseless afterthoughts.

Because it was malice in law and not fact, the whole process wasn’t brought down by the court. It allowed for the allegations against Justice Isa to stand at the proper forum, which was the FBR, and a process through which the Isa Family was to give its justifications for their assets was laid out. The Iftikhar Chaudhry case was distinguished as being malice in fact clearly made out.

So, what was the difference?

In Chaudhry’s case, the absence of proof on behalf of the government to disprove Chaudhry’s claim that he was forcibly held at the army house was enough to constitute malice in fact. That the CJP of the time would not need five hours to read the contents of the reference put before him because they were not written in Greek was inferred by the full court at the time. Instead, the circumstances allowed the full court to conclude that he was forcibly held for five hours, in which time the government showed unholy haste in putting together the Supreme Judicial Council which restrained the CJP from officiating until the reference against him stood decided.

In Justice Isa’s case, on the allegation that the review petitions filed against the dharna judgment by the MQM and the PTI are evidence of their ill intent prior to the reference being filed, the court holds that these are constitutional remedies available to the parties and hence cannot be malicious. But the argument wasn’t that the filing of reviews itself was an act of malice, rather their contents proved the intent of the parties that later came into power and moved against justice Isa. The reference itself is a constitutional remedy, just not one which can be used in this manner.

On the content and the charged language, the court notes that the review petition of the PTI which was relied upon by the petitioner to prove malicious intent was objected to by the court’s office and subsequently withdrawn and revised. Its revised version does not contain any adverse averments against Justice Isa. But again, the argument wasn’t that the current review pending against the Dharna judgment is malicious, but that the original version reflected the intent of the PTI to attack Justice Isa, which they later did once in power. The court also noted that another reference was received from the president against another judge, and whilst this may prove that malice was not intended for Justice Isa alone, one struggles to interpret how this is a justification of its absence.

On the haste with which the government acted, including several correspondences conducted on the same day, the court thought it only proper that an allegation against someone in such a high office should be processed with pace.

The court next disregarded the argument of Justice Isa that Dogar was a front who was being fed information. It did so by stating that it is settled law that the antecedents of the informant are irrelevant unless the information provided by them is itself false or concocted; which wasn’t the case here as the Isa Family had admitted ownership of the properties Dogar pointed out. Yet again, the argument wasn’t just that the information be disregarded due to the lack of credibility of the complainant. It was that the government’s entertaining of such a complaint from such a person showed their malicious and predetermined designs against Justice Isa.

The court held that malice in fact is absent because Justice Isa’s family actually does own the properties and that “it is well established in other areas of law that an allegation of malice in fact gets defeated if it is proved that a complaint levelled against a person is true.”

The charges against Chaudhry were leaked on March 19, 2007. He was alleged to have used illegal influence to enroll his son into medical college and later in the police force. He was alleged to have required more protocol and demanded more perks than he deserved. He was entitled to a 1700cc car but instead used a 3000cc Mercedes. There were several photographs of his use of the Mercedes, his protocol squads and papers showing his demands for privileges not officially sanctioned for the chief justice of Pakistan. His son was separately exposed as having been admitted in the medical college without merit.

Had this been the bench and these been the times, the judge temporarily appointed as acting CJP whilst Iftikhar Chaudhry was suspended may have found himself in a more permanent situation.