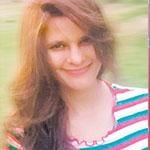 Are you now or were you ever? - Part II

The last passage from Miller's essay quoted in Part I of this article (‘Are you or were you ever? published Oct 26) contains a brilliant flash of insight into the psychology of the so-called ideological witch-hunt. But here we have to move beyond style and ask if this flash is enough insight offered by a man of literature who sees himself as deeply influenced by a Marxist approach to society. The picture Miller paints is clear and precise as he talks of the ‘ideological’ war that he suggests McCarthyism was: “An ideological war, a hunt not just for subversive people, but for ideas and even a suspect language with the object to destroy the least credibility of any and all ideas associated with socialism and communism…”

Taking issue with Miller’s rather journalistic use of the terms ‘ideology’ and ‘ideological’ would perhaps be an unnecessary academic diversion. What is noteworthy here is that in reality he offers no (theoretical) explanation of McCarthyism but a depiction of the McCarthyite strategy. Could what was ‘real’ in the ‘ideological standoff’ that Miller has mentioned be anything but its real social and material content even if we allow ourselves to believe for a moment that the Stalinist regime in the Soviet Union posed in any way a real threat to the US? Nowhere does Miller say anything about the economic and social factors that led to the McCarthyite monstrosity; not a word about the class or classes it was meant to serve and whose fears it represented.

He says: “The quickness with which Soviet-style regimes had taken over Eastern Europe and China was breathtaking, and I believe it stirred up a fear in Americans of our own ineptitudes, our mystifying inability, despite our military victories, to control the world whose liberties we had so recently won back from the Axis powers.” With the witch-hunt thus accounted for by collective social fear, without any serious look at the socio-economic system that propelled a desire to ‘control the world’, Miller’s rather loose use of words such as ‘us’ and ‘Americans’ takes him inconveniently close to the line that McCarthy himself was propagating. Absolutely and certainly this is not Miller’s intention, but it shows his limitation as a thinker. The flaw in his analysis is rather unfortunate keeping in mind what he himself says about the ‘belief’ that, to his mind, underlay the so-called ideological war of the Right on the Left. I quote below two passages from the essay.

“The heart of the darkness was the belief that a massive, profoundly organized conspiracy was in place and carried forward mainly by a concealed phalanx of intellectuals, including labor activists, teachers, professionals, sworn to undermine the American government.”

“Paranoia breeds paranoia, but below paranoia there lies a bristling, unwelcome truth, so repugnant as to produce fantasies of persecution to conceal its existence. The unwelcome truth denied by the right was that the Hollywood writers accused of subversion were not a menace to the country, or even bearers of meaningful change. They wrote not propaganda but entertainment, some of it of a mildly liberal cast, but most of it mindless, or when it was political, as with Preston Sturges or Frank Capra, entirely and exuberantly un-Marxist.”

For a moment, it seems Miller is about to start peeling off the layers of ‘ideology’ he sees spread over the affair. He falls short. The bristling, unwelcome and repugnant truth that he finds lying below the paranoia generated by McCarthyism turns out to be that the victims were harmless liberals and posed no danger ‘to the country’. But these are remarkable passages in that they clearly show how utterly ‘un-ideological’ the whole matter really was. Because, if Miller is right, there was no ‘ideology’ on the receiving end of the paranoia. There was propaganda against no propaganda, and anti-Marxism against non-Marxism.

Miller sees an ‘ideology’, a ‘belief’, exposes its lies and points to the paranoia it generated. But then he accepts it as something true and makes it the sole basis of his explanation of the whole affair, a ‘conflict’. What he exposes as a lie he also accepts as the true content of the situation he seeks to explain. Only a writer like Miller could pull this off so beautifully as not to make us feel the absurdity of his reasoning, and perhaps not even realizing himself that the limitation of his own understanding has bound him within a circular mode of thought.

Circularities in thought have consequences. Miller’s reminiscence of filmmaker and informer Elia Kazan at one point almost becomes a defence of a characterless creature responsible for destroying many lives and livelihood. If there was one man who personified the cowardice, egoism, selfishness and opportunism that helped and served McCarthy, it was Kazan. Once a short-term member of the Communist Party, he was perhaps the most influential film director of his time. During the McCarthyite witch-hunt he woke up one day as a rabid anti-communist and proudly named names. The spectacle was shocking and shameful. Powerful and privileged, Kazan had the least to fear from McCarthy. A different and defiant stance from him could have made a difference. Miller makes an effort in the essay to give Kazan’s character a complexity it does not deserve. This does Miller no credit either.

Could it be that Miller’s limitation as a thinker and social observer had something to do with his choice of Salem as a response to McCarthyism? Conceding that The Crucible is no doubt an articulate and intelligent play, Walsh questions if the Salem parallel offers much insight into the source of McCarthyism or the state of American society as a whole. Jean-Paul Sartre raised a different objection to the 1954 French production of the play, which bears some resemblance to the criticism in this article of Miller’s understanding of McCarthyism. Christopher Bigsby sums up Sartre’s criticism of the French production: “For Sartre the play was essentially a battle for possession of the land between the old and the new settlers. He thus found the ending as smacking of what he called a ‘disconcerting idealism’. Proctor’s {the play’s protagonist’s} death, and the death of his fellow accused, would ‘have had meaning if they were shown as an act of revolt based in social conflict’. The result was that the play became ‘insipid’ and ‘castrated’ because ‘the political ideas and social bases of the witch-hunt phenomenon do not appear clearly here.”

The writer studied literature and philosophy at the Forman Christian College.