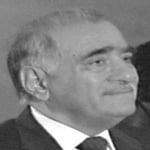 A man of peace

Since my retirement from the army in 1998, I have been working for peace between India and Pakistan. It is during this journey of peace that I had the pleasure of meeting Mr Jaswant Singh a number of times.

Major Jaswant Singh was a cavalry officer in the Indian Army before he launched his very eventful political career in the BJP. Jaswant was a close friend and political colleague of Mr Vajpayee and was an influential minister in Vajpayee’s government, overseeing critical ministries, like defence, foreign affairs and finance.

Jaswant Singh was a prolific writer and wrote several books. It is my good fortune that he presented to me two of his outstanding books, the first one titled ‘A Call to Honour’, which he presented to me in Washington DC, when I was Pakistan’s ambassador there and he was visiting Washington DC to serve his country as a non-official.

During our extended meeting in a local hotel, Jaswant expressed his continuing desire to bring peace between our two countries and we discussed a number of steps that both countries needed to take to move towards. As is the norm, I sent back a dispatch of the essence of my discussion with Jaswant Singh to the MFA.

My final meeting with Jaswant Singh occurred at his residence in New Delhi on September 9, 2009. This is the time his book on Jinnah had already been published and he had been expelled by the BJP for praising the Quaid. Our discussion was brief as Mr Jaswant Singh was not in good health; however, he still expressed hope of peace between India and Pakistan, offering a number of joint steps that both countries needed to undertake.

Surprisingly, he displayed no bitterness on his expulsion from his party. He was generous enough to present me a copy of his book ‘JINNAH’ and inscribed the following, “For General Mahmud Durrani, with fraternal greetings and all good wishes on this journey of peace – Jaswant Singh.”

Mr Jaswant Singh, a giant political figure of the Subcontinent has left us for his eternal abode but I still remain optimistic about the future of our two countries as I know a large number of people in India and Pakistan who embrace the legacy of Jaswant. The present too shall pass.

The writer is a former national security adviser.