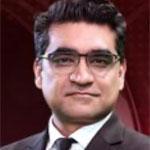 The author is an advocate of the Supreme Court of Pakistan.

To assess the sheer enormity of the task of reforming the National Accountability Bureau, one must read the Supreme Court’s recent landmark judgment in Saad Rafique’s civil petition for bail in the Paragon City reference.

To end the blatant miscarriages of justice described by the Supreme Court in the above judgment, (i) a system of external checks and balances must be created whereby the excesses and abuses of the accountability watchdog itself must be controlled; (ii) the NAB law (the National Accountability Ordinance, 1999) needs to be amended by parliament, especially as the original law was never enacted by parliament; and (iii) the institution must undertake the internal restructuring and capacity building it direly needs.

To address the issue of partial accountability, at present the burden to externally check NAB is on the judiciary and on the accountability courts in particular but it is the need of the hour for the courts to share this burden with parliament by having a bipartisan parliamentary committee with half its members from the opposition to supervise the activities of NAB. And just as the chairperson of NAB is appointed by the president in consultation with the leader of the house and the leader of the opposition in the National Assembly, so too should the prosecutor general accountability.

Regarding amendments to the NAB ordinance, at the outset, it should be noted that the NAB Ordinance is retrospectively applicable from January 1, 1985 even though 35-year-old offences cannot realistically be proved beyond reasonable doubt due to lack of reliable evidence – the sheer length of the time period being beyond the record keeping requirements of all laws in Pakistan including corporate and tax laws. One only needs to cursorily glance at the references filed against Mir Shakil-ur-Rahman for example to conclude that a conviction is highly unlikely and in the conspicuous absence of legal merits, the zeal and vigour displayed by NAB manifestly evince an intention to restrict press freedom by ancillary means. To curb this practice, a limitation period should therefore be added to the NAB Ordinance restricting NAB from conducting an inquiry, investigation or reference after the passing of seven years from the date of the transaction or act constituting the offence.

Given the entrenched perception of NAB being utilized for political purposes, all references especially against politicians and public office holders ought to be unanimously approved by all members of the NAB Executive Board including the chairperson of NAB and the prosecutor general accountability.

In order to prevent NAB resources from being squandered in the investigation of private or minor offences which are more suitably handled by other law enforcement and regulatory authorities, the NAB Ordinance should not apply to cases involving less than one billion rupees; or to subject matter not involving any property or funds of the federal or provincial government; or to private persons (persons not holding public office) unless a private person has given gratification to a public office holder or is a benamidar of a public office holder. Further, applicability of the NAB Ordinance must expressly exclude taxation matters, regulatory matters and decisions of the federal and provincial cabinets or any other policymaking statutory body established under law.

Wilful default, cheating and breach of trust are already offences under other laws and should not also constitute corruption offences under the NAB Ordinance, thereby putting an accused twice in jeopardy.

Assets beyond known sources of income is an overly broad offence under the NAB Ordinance that trespasses into the domain of undisclosed assets under income tax law. Only if assets are acquired through corruption or corrupt practices should the same constitute an offence. In the Avenfield reference against Nawaz Sharif and Maryam Nawaz, for example, the conviction for possession of assets beyond known sources of income was solely based on assumptions and inferences regarding the two-decade old paper trail of the Avenfield apartments without ascertaining details and sources of his income and as noted in the judgment of the Accountability Court itself, no evidence was ever proffered that the Avenfield apartments were the result of corruption. Unsurprisingly, the sentence in that case was suspended by the Islamabad High Court.

The bar against bail by the Accountability Courts must be removed; if nothing else this will lessen the burden on the superior judiciary which is unnecessarily inundated with routine bail matters. NAB’s unilateral power to freeze or attach property must be removed and be vested in the Accountability Court and exercised after affording the accused an opportunity to deposit surety in lieu of the property sought to be attached. Additionally, in case of bank accounts, the court should be empowered to allow withdrawals to meet the necessary expenditures of the accused.

The NAB Ordinance provides that cases shall be heard from day to day and shall be disposed of within thirty days which, as the chairman of NAB recently conceded, is not possible to comply with. If anything, rushed trials merely serve to undermine the right to due process of the accused as guaranteed by Article 10-A of the constitution. A more realistic and balanced time-frame of six months should be considered.

The NAB chairman's arbitrary powers to arrest should be extinguished and a person should only be arrested on orders of the court. To ensure the integrity of the investigation process, the accused should have the right to have legal counsel present during interrogation which should be recorded on video; and NAB officials should be barred by law from making public statements regarding a person until a reference has been filed in court.

NAB should only be authorized to file one reference per case and no supplementary references should be permitted as that merely encourages NAB to engage in roving inquiries that prolong the misery of the accused. Similarly, the remand period in NAB custody should be reduced to 14 days from 90 days as the former provides ample time for the interrogation of the accused whereas the latter serves no purpose but to unfairly punish the accused. Additionally, and in line with Supreme Court judgments, an approver must expressly be required to record his statement in presence of the accused who should be given the opportunity to cross examine.

It is also important that all pending legal proceedings, including convictions under appeal, should be dealt in accordance with the provisions of the amended law to ensure that the pending backlog of more than a thousand Accountability Court cases is disposed of expeditiously and fairly. This would necessarily lead to dismissal of all asset beyond means cases which have been seen to be largely politically motivated.

For the purpose of capacity building and to improve the caliber of NAB’s human resources, officers should be recruited and appointed by the Federal Public Service Commission rather than at the discretion of the chairman of NAB and should be offered regular external and in-house specialized training relevant to their field. The salaries offered to NAB officers must include performance incentives and generally be commensurate with the level of their authority as anything else results in departmental lethargy and breeds corruption. Moreover, like the FIA, NAB can have separate wings to deal with different types of cases (such as: public procurement or land/housing matters).

To ensure expeditious trials, prosecutorial guidelines should be prepared capping the number of witnesses to be examined in court per reference in line with the severity of the offence; and prosecutors should be evaluated on a monthly basis on the basis of demonstrable progress in the cases under their charge. Similarly, departmental guidelines should be framed regarding the seniority of an investigation officer to be appointed in a reference in line with its complexity and the severity of the underlying offence.

Attempts at reforming NAB are usually limited and piecemeal with the political cooperation of the opposition in support of such reforms procured by the pressure of selective accountability. Indeed, new efforts to subvert accountability reforms appear to be already underway. It is worth noting that exactly at the time that certain reform measures and amendments to the NAB Ordinance are being discussed, new references have been filed against the PML-N leadership.

Further, it is deeply concerning that a bill to the Anti Terrorism Act makes violations of orders by the federal government under the UN Security Council Act, 1948 an offence under the Anti Terrorism Act and prosecutable in the Anti Terrorism Courts. The bill makes no attempt to distinguish between violation of orders that may be related to terrorism or terrorism financing and those that may generally comprise violation of sanctions unrelated to terrorism or terrorism financing (for example, trade controls). Being over-broad and vague in nature, such powers are also likely to be misused for political purposes and to stigmatize the accused. Such ostensibly mala fide attempts at 'reform' will invariably be counterproductive and only a holistic approach as outlined above can succeed.

In sum, an accountability process will only be credible if those involved in the process of accountability are themselves held legally accountable. In the absence of the above reforms, convictions and sentences procured by NAB will needlessly continue to be controversial and viewed with suspicion and the citizens of Pakistan will continue to be deprived of the aegis and protection of rule of law.