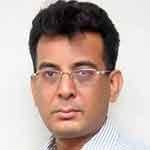 ISLAMABAD: Saudi Arabia has already executed 134 people so far this year, six of whom were children when they were arrested, a new report has revealed.

The figures, given at the UN Human Rights Council in Geneva, come despite kingdom's pledge to reduce the use of the death penalty. In 2018, the country killed 149 people, with 46 left on death row by the end of the year. They include three children, political opponents, clerics, and human rights campaigners. Among those executed this year are three women and 51 who were facing drug charges that would be considered minor offences elsewhere in the world.

According to Baroness Helena Kennedy's report many of the 46 have now been killed as the country's recourse to executions has 'intensified alarmingly' in recent months. At least another 24 people, including three children, are at imminent risk, according to the report.

Saudi killing methods include beheading and crucifixion. The report was presented at an event held by human rights organisation, The Death Penalty Project, and spoke of one mass killing in April this year where 37 men were put to death in public.

It added that the abuseshave been 'exacerbated by the systematic torture of detainees and grossly unfair trials culminating in death sentences'. Two of those killed were teenagers who were just 16 and 17 at the time of their arrests.

At least 58 of those killed this year were foreign nationals that were accused of spreading beliefs of opposite religious sect. There were 21 Pakistanis, 15 Yemenis, five from Syria and four from Egypt. Two Jordanians, two Nigerians, a Somalian and two from unidentified nations were also included in the figures.