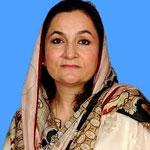 The rights of the Pakistani child

The United Nations General Assembly (UNGA) in September this year is commemorating the 30th Anniversary of the ‘Convention on the Rights of the Child’ (CRC) adopted by UN on November 20, 1989.

Pakistan ratified this convention in 1990. The CRC is a human rights treaty, which sets out the civil, political, economic, health and cultural rights of children. Some important news linked with this historic commemoration is that Pakistan’s Permanent Representative to the United Nations Dr Maleeha Lodhi has been selected by the senior leadership of the UNGA to help organise a high-level meeting of the UN General Assembly on the occasion.

The question that looms large is what Pakistan will present on the CRC’s 30 years of performance. The current situation of child rights in Pakistan and statistics on their deprivation, malnutrition, neglect and abuse are alarming.

The historic CRC is considered comprehensive as it encompasses all the fundamental rights of children. By signing this convention, Pakistan committed to take legislative, administrative, social, and educational measures to protect and fulfill the rights of all children born or living in its territory. The rights enshrined in the convention cover health, nutrition, education, physical and mental development, freedom of expression, right to play, leisure and rest, as well as protection against economic exploitation (child labour), discrimination, violence, and all forms of abuse.

It is a matter of grave concern that Pakistan has been placed at the low position of 154th out of 182 countries in the global ranking on child rights, lower than Iran (100), Bangladesh (113), India (120), Sri Lanka (129), Myanmar (130), and even Nepal (139). This global index is predominantly based on indicators relating to health, education and protection of children in these countries.

UN observations on the fifth periodic report of Pakistan on the implementation of the CRC revealed dissatisfaction of the international community on our slow progress. The concluding observations of UN Committee on the CRC exposed numerous delinquencies on Pakistan’s part — ranging from the inability of the state to legislate in favour of children, barriers to enforcement of child laws and weak coordination among stakeholders. The UN committee has also referred to the poor financing of interventions related to child welfare by the government as well as negligence and corruption of local level government officials to check child labour and child abuse.

A number of ground realities support the critical observations of the UN committee on our failure to legislate and implement laws relating to child rights. Since 1990, after signing the CRC, we have not been able to establish a national commission on child rights. In September 2017, parliament passed a law which allowed the establishment of a ‘National Commission on the Rights of Child’ but no concrete steps have been taken in this regard to date.

The rape and barbarous murder of six-year-old Zainab Ansari of Kasur (Punjab) during January 2018 prompted parliament to pass the Islamabad Capital Territory Child Protection Act in May 2018. This law provided the creation of a ‘Child Protection Advisory Board’ and establishment of Child Protection Institutions (CPIs) with the aim to assess issues and needs of child protection and to develop childcare plans etc.

The establishment of ‘a Child Protection Advisory Board’ should have been the first step in this direction. Surprisingly, even after a lapse of eight months, the government machinery has failed to create this board. According to the NGO, Sahil, the cases of sexual abuse of children in Pakistan have increased from nine per day in 2017 to 12 cases per day during 2018. Major categories of child abuse include abduction, sodomy, and rape. Data in Sahil’s report indicates that children between the age of 6 and 15 years are most vulnerable to abuse.

With regard to child labour, Unicef (2017) reports that 16 percent Pakistani children between the age of 5 and 17 years are engaged in child labour. The worst to suffer are domestic child workers – who suffer abuse at the hands of their employers, at time resulting in their deaths. The recent ‘horrific murder’ of sixteen-year-old Uzma at the hands of her employers in Lahore is one of many examples.

With respect to the education and health indicators for children, we are lagging behind many other developing countries of the sub region. Although education is the right of every child, yet 22-30 million children between the age of 5 and16 years are out of school. How can we claim to be supporters of child rights with such a huge number of children deprived of their basic fundamental right?

Pakistan has also ratified the UN Convention on Right of Persons with Disabilities (CRPD) in 2011, ensuring provision of inclusive education to children with disabilities as well. But in reality, less than five percent children with mild disabilities are presently enrolled in schools. The under-five child mortality rate of 74 deaths per 1,000 births in Pakistan is higher than other neighboring countries like Sri Lanka (9), India (39), Bangladesh (32), and Iran (13) only.

The UN Committee on the CRC has pointed out that 35 percent deaths of children under five years of age in Pakistan are attributed primarily to the lack of access to safe drinking water and malnutrition etc. The deplorable deaths of hundreds of children every year in neglected district of Tharparkar due to malnutrition are tragic. In global ranking of stunting prevalence, Pakistan has been placed at 9th highest position out of 153 countries. All this data speaks of the severe neglect of children by the policymakers of Pakistan.

The National Commission on the Child Rights Act 2017, which was to be constituted immediately with a secretariat and a Child Rights Fund, should be created without any delay. Similarly; the different laws related to child issues passed by the provinces: the Punjab Destitute & Neglected Children Act 2004, Punjab Restriction on Employment of Children ACT 2016, Punjab Domestic Workers Act 2019, Sindh Child Protection Authority Act 2011, Balochistan Child Protection Act 2016, and KP Child Protection & Welfare Act, 2010 should also be enforced. There is a need for strict monitoring and punishment if these laws are violated. There is also a need to draft new laws and lobby for their passage.

We have continuously and collectively failed in fulfilling our obligations towards the children of Pakistan. Most children are deprived of their rights as citizens of Pakistan and an alarming number of them are falling victim to harmful practices every year, causing countless child rights violations. Given the gravity of the situation, parliament should be central in creating political will and coordinating with provinces and institutions for oversight of legislative implementation and to honor the CRC.

The writer is a member of the National Assembly of Pakistan.