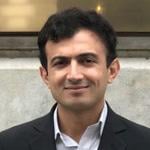 In December, it was revealed for the first time to the cabinet of the Balochistan government that the province is not getting any meaningful share from the China-Pakistan Economic Corridor (CPEC) projects.

This resulted in the Balochistan chief minister declining to attend the 8th Joint Coordination Committee (JCC) meeting of CPEC in Beijing. The hostile approach of the provincial government towards unjust CPEC project allocation reached its climax in the third week of December when the Balochistan Assembly passed a landmark resolution, demanding that a national commission on CPEC be set up so it could probe the unjust distribution of funds and projects made under CPEC.

Outspoken legislator of the BNP-Mengal, Sanaullah Baloch, presented and articulated the need for this resolution. The assembly also demanded that the federal government ensure transparency in CPEC agreements, make public all agreements and ensure the protection of the local population against demographic changes.

This resolution, however, did not get attention in the country’s mainstream media, which is the fate of most news coming out of Balochistan. Regardless, the resolution is extremely important in the context of the wider debate on CPEC and its potential benefits for Pakistan.

The proposed national commission on CPEC should be formed to probe all the complaints coming out of Balochistan and Khyber Pakhtunkhwa regarding unjust project distribution since 2015. In early 2015, the debate on CPEC projects allocation had reached its height. There were loud protests from the opposition in both Balochistan and KP. In order to defuse the situation, the then prime minister, Nawaz Sharif, called an All Parties Conferences (APC) in May 2015 and then in January 2016. He assured the opposition that all of their demands would be met.

Thereafter, every time these provinces made any complaints regarding CPEC resource allocation, the spin wizard of the PML-N, Ahsan Iqbal, either denied it by playing the facts like a lawyer or used assurances as delay tactics. Now, it’s time to probe how many of the demands of smaller provinces were fair about CPEC and how right or wrong the PML-N was in denying them.

The primary complaint of the smaller provinces concerning CPEC’s project allocations is about the western alignment. The economic and trade corridor passing from Gwadar to Kashgar should pass through Balochistan and KP that is the shorter route. If this alignment is properly developed, it would help in the socio-economic and industrial development of the two western provinces of Pakistan. However, leaders from these provinces claim that CPEC’s primary alignment was shifted to the east – Sindh, and Punjab. Consequently, it seems that CPEC will further develop the already developed provinces of the country.

In order to avoid this criticism, Prime Minister Sharif inaugurated a portion of the western route in Zhob in December 2015. Later it was revealed that the road construction project inaugurated by Sharif was a separate Asian Development Bank (ADB) funded project and not a part of CPEC. The proposed National Commission on CPEC is the only forum where leaders involved in acts of blatant deception and misstatements can be held accountable.

The problem lies in the electricity distribution grid in Balochistan which can’t transmit more than 700 MW of electricity. The federal government started two high-power electricity transmission lines under CPEC but both of them connect Matiari in Sindh with Lahore and Faisalabad in Punjab. This means CPEC, the supposed game-changer, is not going to solve the chronic problem of electricity shortage in Balochistan. Again the proposed commission is the only possible forum where this issue can be brought up, and those responsible for flawed project allocation of electricity transmission lines can be brought to justice.

The fact is that CPEC is still shrouded in mystery, since the full texts of CPEC agreements have not been made public. The previous PML-N government had kept the agreements secret and it seems the PTI government is following in its footsteps. Interestingly, the PTI – when in opposition – had demanded that CPEC agreements be made public but now the party has backtracked.

This lack of transparency about CPEC is resulting in a lot of negative speculation about the corridor among politicians and the foreign media. It’s the right of all of the people of Pakistan to know the complete details of CPEC agreements and the proposed national commission can be a starting point in making their details public.

Now, the PTI government has two options. First, it can constitute a national commission on CPEC and officially recognise the unfair project allocation and rectify them where possible. This action would require strong political resolve and battling the interest groups that are the beneficiaries of the CPEC status quo.

The second option is that the PTI government ignores this resolution of the Balochistan government. Choosing this route is also problematic for the party; it can lose the support of BNP-Mengal in the National Assembly, which can threaten the stability of the current government. More importantly, if the national commission is not formed then CPEC will continue to remain controversial and subject to criticism in Pakistan. This cannot be something China would like.