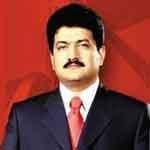 The Imran Khan I know

“Do you remember how I made my political party and do you remember the days of my struggle?” Imran Khan posed this question to me at the start of a recent meeting that took place days after his victory in the general elections 2018.

It was not a formal interview. It was just a coffee meeting in his Banigala office where a big change was visible a few days before his oath as the prime minister. I was asked to deposit my mobile phone at the entrance of his office. It never happened in the last so many years since he shifted from the posh E-7 area to the hill top of Banigala in Islamabad. I suddenly realised, oh! I am going to meet the new prime minister of Pakistan.

Before meeting Imran Khan, I saw former chief minister of KP Pervaiz Khattak, his old comrades Dr Arif Alvi and Muneeza Hasan sitting in a nicely decorated waiting room next to the office of Imran Khan. It will become the camp office of the new prime minister on weekends because Imran Khan will not spend his weekends in the official residence of the prime minister.

Imran Khan met me with a tension-free smiling face. During our conversation, he was mentioning the big challenges waiting for him with a smile on his face. This time he was not talking against Nawaz Sharif or Asif Zardari. He was talking about the energy crisis, water shortage and debt problem. When I said problems are big and opposition in parliament is also very big, he said: “Many people used to say Imran Khan cannot become prime minister, now the same people saying Imran Khan cannot resolve our problems but wait and see I will defeat these problems.”

He surprised me by saying that he is ready to meet Baloch leader Akhtar Mengal and he will support his six demands. The first demand of Balochistan National Party (BNP) head is about missing persons. He is demanding to produce all the missing persons in a court of law. He has only three seats in the National Assembly but Imran Khan was not supporting his six demands just for three votes. He said: “I supported six points of Akhtar Mengal in 2012 and I will try to address his six demands in 2018 as prime minister because I see nothing wrong in his demands."

Akhtar Mengal is one of those who are openly talking about pre-poll and after poll rigging in the 2018 election. He is an old critic of the powerful military establishment. Imran Khan can become the prime minister without his three votes but his engagement with the BNP is a message for all those who think that he is a puppet of powerful forces who never wanted to see people like Akhtar Mengal in parliament.

Imran Khan is committed to resolving the issue of missing persons with the help of army and all the concerned State institutions. It was Imran Khan who first broke the disappearance story of Dr. Aafia Siddiqui from Karachi in my TV show Capital Talk on Geo News in 2003. Then Interior Minister Faisal Saleh Hayat was present in the show. Dr Aafia is now spending her life in a US prison and Imran Khan cannot afford to remain silent about her.

The issue of missing persons was directly linked with the war against terrorism. A big number of people were picked up by security agencies for their alleged links with militants and Imran Khan was one of those who were loudly saying “it is not our war, it is America’s war, we should not fight with our own people, and we should produce all disappeared persons in the courts of law”. Many critics declared him Taliban Khan. In one of my shows in 2005, the Information Minister of Pervez Musharraf regime, Sheikh Rashid Ahmad, declared him “du takey ka kaptan” (two penny captain) in his face but today the same Sheikh is an ally of Imran Khan along with many others who used to make fun of the cricketer who was trying to become the Prime Minister of Pakistan in the presence of many feudal lords and industrialists.

Nobody can deny the fact that Imran Khan struggled hard and never opted for short cuts. He was offered a ministry by late General Ziaul Haq in 1988 after the dismissal of Muhammad Khan Junejo’s government. Imran regretted. He was again offered a ministry in the caretaker government of Moeen Qureshi in 1993 but he refused. He established his political party in 1996 and I was one of those who never endorsed his idea of joining politics at that time. I was more concerned about his cancer hospital which was inaugurated in 1994 and needed much attention from Imran.

Nawaz Sharif offered him an alliance in 1997 election with 20 National Assembly seats but he refused. He contested his first election in 1997 and badly lost everywhere. Just few days before the 2002 election, General Pervez Musharraf forced him to make alliance with PML-Q but Imran refused. Then DG ISI Gen. Ehsan failed to convince Imran to join a government led by the PML-Q and in the end the PTI got only one seat in the 2002 election.

In the next seven years, Imran Khan was one of those who resisted the policies of General Musharraf inside and outside parliament with full force and courage. Benazir Bhutto and Nawaz Sharif were in exile and Imran Khan was the one who appeared in my shows again and again to criticise Musharraf. Geo TV faced problems many times due to the “bad mouthing" of Imran Khan against Musharraf in 'Capital Talk'. Musharraf used the MQM many times to teach us a lesson by shutting down Geo on cable in Karachi. Many times Imran Khan was humiliated by MQM ministers in talk shows but he never gave up. He made an alliance with Benazir Bhutto and Nawaz Sharif after the 2007 emergency imposed by Musharraf.

Imran Khan played a major role in the lawyer’s movement and opposed restrictions imposed on the media. He participated in my road shows many times when I was banned by Musharraf on TV. He was arrested and thrown in jail but he never made a deal with Musharraf. He refused to contest election under Musharraf regime after the assassination of Benazir Bhutto in 2007. On the other side the PPP made a deal with Musharraf. The PML-N decided to contest election under Musharraf regime while Imran Khan was shouting on roads to boycott the election under a military dictator. I remember that I met him one cold January night in his party office and asked him not to boycott elections because the PML-N will finally decide to contest elections. Imran Khan never believed me. He mentioned the commitment given to him by Nawaz Sharif publicaly. He told me: “I don’t trust Zardari, he can betray me but Nawaz Sharif gave his word not only to me he also gave word to JI chief Qazi Hussain Ahmad and PkMAP chief Mahmood Khan Achakzai; he will not betray us”. Unfortunately I was proved right.

First the PPP and then the PML-N decided to contest election under Musharraf. Imran Khan felt betrayed by the PPP and PML-N. The PPP made a coalition government with the PML-N and both parties became a target of Imran Khan. That was the time when PPP voters in Punjab and KP started moving towards the PTI. Those were the days when drone attacks by America in Pakistani tribal areas were on the rise. Imran Khan was the only national leader who organised a long march against drone attacks. His ex-wife Jemima helped him by making a documentary on drone attacks and she also appeared in my TV show to criticise the drone attacks.

Imran Khan attacked the ruling elite from Sindh to Punjab and also taking a tough position against American policies in the region. His anti-Americanism made him a hero of angry youth and that youth became his biggest strength. He emerged as a third political force in 2013 election. He wiped out the PPP from Punjab and the ANP from KP. He became a proponent of change in Pakistan but slowly and gradually his party became a den of many famous turncoats. Imran Khan tried to defend them by declaring them as “electables” but the people of Pakistan rejected most of “electables” in 2018 elections. The PTI led by Imran Khan became the largest party in the National Assembly but all other big parties are making noise of rigging.

Once again the PPP and the PML-N have made an alliance but top PPP leaders Asif Zardari and Bilawal have many reservations. They know that their reconciliation policy with the PML-N in the past only benefited Imran Khan and if they will shake hand with the PML-N again, they may lose more support this time in Sindh. The PPP is reluctant to openly support the PML-N in the Punjab Assembly. The PPP and PML-N leaderships failed to cultivate the support of parties like the MQM and BNP who were the first in the night of 25th July to make noise against rigging. Imran Khan successfully managed to get the support of former Musharraf allies like the MQM and the PML-Q and an anti-establishment Baloch party BNP. It will be very difficult to maintain the support of all these smaller parties without fulfilling their demands and this is one of the big challenges Imran may face in coming days. Before touching the big foreign policy challenges, he needs to establish his credibility by inducting credible people in the government.

Despite many apprehensions by his well wishers, he will try his best to avoid confrontation with the state institutions. We may not see weekly National Security Committee (NSC) meetings in the beginning. Imran Khan will move forward taking all stakeholders on board but we may not see him taking dictation from anyone. Imran asked me about his speech after the election. I said your humbleness was a positive gesture. We also discussed why Indian star Aamir Khan is not coming to his oath taking. I guessed that Aamir is not busy, may be he is under pressure. Imran never made any comments and just smiled. We discussed Indian PM Modi’s telephone call to him. He told me Modi never mentioned Kashmir but "I am committed to Kashmir cause".

Imran Kahn must set examples to establish that he believes in the rule of law and law is equal for everyone. NAB summoned him in the helicopter case on August 7. They will ask him about the alleged misuse of KP government’s helicopter. He may not go to NAB in person on August 7 but the Imran Khan I know must appear in front of NAB team after taking oath as prime minister. By appearing before NAB, a sitting prime minister can give a message to the whole world that it’s the beginning of a New Pakistan (Naya Pakistan). He should also respect criticism and critics. I criticised him many times in the past but he never complained.

Imran Khan must introduce a tolerant policy for the media and win support for his government through good governance, and not through unseen pressures. Imran Khan must realise that he has become a majority leader not due to his manifesto, but because of the blunders and mistakes of his political opponents. Now his opponents are waiting for his mistakes. He cannot afford any mistakes because once this opposition will get united and start marching towards Islamabad Imran Khan will not be able to defend his government without public support. He needs more public support with pro-public policies.