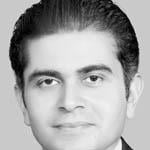 A culture of arbitration

Is international arbitration important for Pakistan? Before answering this question, consider the billions of dollars at stake and the amounts actually and potentially payable by Pakistan in cases such as the Reko Diq and the Rental Power Plants (RPP) cases.

In view of such high stakes, the question is how and why does Pakistan have such an unenviable record in international arbitration? Where do we go wrong? Are there any missing links? Is it ineffective legal representation, or were the lawyers simply fighting a losing battle from the outset? Does the Pakistani judiciary’s involvement in these cases help or hurt Pakistan?

Instead of proffering clear and straightforward answers to these questions, the emotionally-charged narrative typically peddled on the national media signals a deep resentment towards international arbitration underpinned by patriotism and national sovereignty. Consequently, these cases, their legal bases, procedures, implications and outcomes remain a mystery to most people in Pakistan. This impedes a strictly legal discussion on Pakistan’s rights and obligations under the International Commercial and Investment Law, making it difficult to revisit Pakistan’s approach and attitude towards international arbitration.

This discussion is critical for identifying the legal issues associated with Pakistan’s abysmal record in international arbitration and for devising a sound strategy to avert such disasters and improve the prospects of Pakistan’s success in the future. This much-needed discussion took place in Lahore a few weeks ago at a full-day conference titled ‘International Arbitration in Pakistan: Past, Present and Future’, jointly organised by the Lahore-based Centre for International Investment and Commercial Arbitration (CIICA) and UMT School of Law and Policy (SLP).

The conference marked the third anniversary of the CIICA, Pakistan’s first international arbitration centre, and the sixth anniversary of the United Nations Commission on International Trade Law (UNCITRAL) Regional Centre for Asia and the Pacific, as well as the 60th anniversary of the New York Convention on the Recognition and Enforcement of Foreign Arbitral Awards. Besides UNCITRAL Regional Centre for Asia and the Pacific, other supporting organisations included the Shanghai International Arbitration Centre and the Hangzhou Arbitration Commission. The moot brought together speakers from the US, UK and UAE, China, Qatar and Italy, as well as Pakistani lawyers, arbitrators, engineers, academics, government officials and members of the business community.

The analyses and recommendations of the speakers reflected a reaffirmation of the view that Pakistan could not afford to have its head in the sand, and that it was about time Pakistani lawyers, judges, businessmen and government officials equipped themselves with the knowledge and understanding of the law, procedure and practice of international arbitration.

Building the capacity of lawyers and relevant government officials would ensure that they effectively negotiate the international commercial contracts and the Bilateral Investment Treaties (BITs) that Pakistani companies or government bodies and the government of Pakistan respectively enter into. A pool of well-trained local lawyers would also be able to provide competent and cost-efficient legal representation to Pakistani companies, government bodies and ultimately the state itself, in international arbitration proceedings.

Another important takeaway of the conference was the dire need for developing a culture of arbitration, both domestic and international, in Pakistan, in which going to court for adjudication of commercial and investment disputes is not a reflexive but the last resort. A culture in which there is realisation that the interests of businesses and investors are almost invariably better served by arbitrating disputes.

Pakistan’s Liquefied Natural Gas (LNG) Agreement with Qatar was also discussed, with a focus on the price review clauses and methods for resolution of disputes under the agreement, along with an analysis of the arbitration clauses in the government of Pakistan’s petroleum concession, production-sharing and joint operating agreements. In the session on dispute resolution under CPEC’s framework, speakers discussed the importance of institutional arbitration for public procurement contracts and collaboration between Pakistan and China on research and publications, and drafting rules tailored to arbitration of disputes under this framework.

The turnout at the conference was a reassuring testament to the fact that there are an adequate number of people in Pakistan who either understand the importance of international arbitration, or have a keen interest in it. However, in order for there to be a real impact, follow-up and decisive action is needed on all the issues discussed, including updating Pakistan’s legal framework and building the capacity for international arbitration in Pakistan.

All of this may sound far-fetched at this point in time, but it is a worthy goal that should be pursued as part of creating a bright future for international arbitration in Pakistan.

The writer is a Lahore-based lawyer and founder of the Centre for International Investment and Commercial Arbitration.