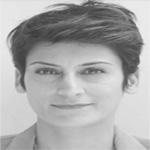 In April 2012, an unconscious Malik Waqqar Ahmad was found in Rawalpindi, his body bearing marks of torture. He was rushed to the Holy Family Hospital. Nine days later, he died. He was 18 years old.

His family should have turned to the police. Only they found out that their teenage son had had his nails pulled out, been hanged from the ceiling and beaten with iron rods by two police constables in a torture cell in Pirwadhai. Before his untimely death, Malik worked as a milkman. He had demanded that his wages, which were eight months overdue, be paid. In response, his employer levied a stealing charge against him. The police picked him up at dawn.

In Pakistan, torture at the hands of the police is widespread, systemic and rarely punished. Used as an instrument for collecting evidence, torture is considered a reasonable means of obtaining confessions in a police force that is resource-strapped, overburdened and underpaid. The report – ‘Policing as Torture: A Report on Systematic Brutality and Torture by the Police in Faisalabad, Pakistan’ – by Justice Project Pakistan, in collaboration with Yale Law School, discovered conclusive signs of abuse in 1,424 cases out of a sample of 1,867 medico-legal certificates compiled by the government’s District Standing Medical Board in the district of Faisalabad during 2006 and 2012.

In 96 other cases, physicians found signs indicating injury and required further testing for confirmation. According to the data, out of the 1,424 cases, 58 of the victims were children and over 134 were women.

The police were documented as having “beaten victims, suspended, stretched and crushed them, forced them to witness other people’s torture, put them in solitary confinement, subjected them to sleep and sensory deprivation, confined them to small spaces, exposed them to extreme temperatures, humiliated them by imposing culturally inappropriate or unpleasant circumstances, and sexually abused them.”

Under international law, as a signatory to both the Convention against Torture, and Other Cruel, Inhuman or Degrading Treatment or Punishment (CAT) and the International Convention on Civil and Political Rights (ICCPR), Pakistan is under obligation to adopt all measures to prevent and punish acts of torture. Under these treaties, states also have an obligation to provide adequate redress to victims of torture.

A bill criminalising torture was first tabled in parliament in 2014. It is yet to be passed by the National Assembly. That police torture takes place in Pakistan is commonplace knowledge. But in recent years we have seen live broadcasts of police shooting and killing protesters, viral videos of constables beating detainees relentlessly, and photos of battered bodies of prominent political workers flashed across all major television networks. Nearly every day, the press carries a story about deaths in police custody or officers being suspended for torture allegations.

And yet, despite the repeated documentation of the routine reliance on torture over the last 35 years, genuine reforms have not taken root. While formal prohibitions against torture exist under Article 14(2) of Pakistan’s constitution, there is no law expressly criminalising torture in the country. Similarly, the Pakistan Penal Code fails to define and specifically prohibit torture. Furthermore, while the Code of Criminal Procedure provides that a confession obtained under police custody is inadmissible, courts routinely admit and rely on confessions made under duress.

The National Action Plan for Human Rights, introduced by the Federal Ministry for Human Rights in February 2016, set a six-month deadline to pass the Torture, Custodial Death, and Custodial Rape (Prevention and Punishment) Bill. Three similar draft bills on the prohibition and criminalisation of torture were pending in parliament – two of them in the Senate and one in the National Assembly. The Torture Bill was amongst the seven bills on the agenda for a joint session of parliament in March, 2016. It was never discussed.

But in a win for victims of torture in Pakistan, the National Commission on Human Rights (NCHR) has been listening. This month, in response to a complaint filed by the JPP, detailing the widespread, systematic abuse and torture perpetuated by the Faisalabad police between 2006 and 2012, the NCHR held hearings with representatives of the District Standing Medical Board, Faisalabad, the police and victims of police torture. The NCHR noted serious concerns about the lack of legislation criminalising torture in Pakistan, and as part of their inquiry visited the concerned district in Faisalabad to investigate. The response of the police is expected to be recorded on June 4 and 5.

Justice Chowhan, chairman of the NCHR, while summoning the perpetrators of torture named in the JPP’s findings, said that, “Those who commit torture should be exposed.” And, with that, redressal for the victims.

The writer is the executive director of the Justice Project Pakistan.