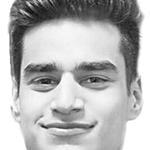 Narendra Modi inaugurated the Kishanganga Hydroelectric Project (KHEP) on May 19 amid criticism from Pakistan that the initiative was in violation of the Indus Waters Treaty (IWT). The 330-megawatt project is designed to divert water from River Kishanganga to an Indian power plant in Indian Occupied Kashmir.

Since construction began on the project in 2007, Pakistan has held the view that the KHEP would disrupt its water supply and has maintained that the design of the project was in violation of the IWT. In response to the dam’s inauguration this week, a four-member delegation led by the attorney-general was sent to the World Bank (WB) headquarters in Washington. Despite a series of meetings with the top echelons of the institution, there was no agreement on the way forward.

In a statement issued by the spokesperson, the WB clarified that: “…the WB’s role is limited and procedural. In particular, the role in relation to ‘differences’ and ‘disputes’ is limited to the designation of people to fulfil certain roles when requested by either or both parties”.

The Pakistani delegation would have been aware of this reality as it went into the meetings. The delegation may have known the difficulties that it would face in garnering a favourable response from the WB, given the limited jurisdiction of the institution. In this regard, the target audience for these particular meetings was likely to be the millions of water-insecure Pakistanis back home rather than the WB officials in Washington.

However, this is not to say that Pakistan has failed to pursue the KHEP dispute internationally. The project was delayed for several years as Pakistan took India to the International Court of Arbitration in 2010. This was significant as it was the first time in the history of the IWT that a dispute had gone into arbitration – the very final route of mediation under the IWT. After lengthy deliberations, the court ultimately ruled in India’s favour in 2013.

To overturn the permanent award of the arbitration, which allowed India to proceed with the KHEP, Pakistan will need to raise a legal objection that wasn’t addressed during the arbitration. It does not appear that Pakistan will be able to do this. A brief history of the dispute illustrates this fact.

The design of the project is intended to divert water from River Kishanganga in Jammu and Kashmir to River Jhelum in Indian Occupied Kashmir, potentially reducing the power-generation capacity of the planned Neelum-Jhelum Hydroelectric project (NJHEP).

Following a request for arbitration by Pakistan in 2010, the dispute was referred to the Permanent Court of Arbitration. At this point, Pakistan raised two questions. The first issue was whether India’s proposed diversion of River Kishanganga into another tributary for a run-of-the-river hydroelectric project would breach India’s legal obligations under Article III(2) of the IWT, which states that “Pakistan shall have unrestricted use of all waters originating from sources other than the eastern rivers…and India shall not make use of these waters”. The second concern was whether the KHEP would reduce the power-generation capacity of the planned NJHEP in Azad Kashmir – a blatant violation of the treaty.

In September 2011, the court issued an order on interim measures prohibiting India from constructing any permanent work on the Kishanganga riverbed that may inhibit the restoration of the full flow of the river to its natural channel. Construction was halted till February 2013, when the court issued a partial award after it found that India was permitted under the treaty to divert water for the generation of electricity by the KHEP.

They argued that Pakistan’s water uses – of relevance here, the NJHEP – was preceded by the KHEP. As a result, the NJHEP was not considered an “existing use” under Article 9 of Annexure C in the IWT, which India was required to take into account at the time of planning the KHEP. The award also allows India to proceed with the construction of the KHEP provided that it ensures minimum downstream flow, which would be determined by the final award.

On December 20, 2013, the Permanent Court of Arbitration rendered its final award. It stated that to decide the rate in minimum flow, it was necessary to “mitigate [the] adverse effects to Pakistan’s agricultural and hydro-eclectic uses throughout the operation of the KHEP, while preserving India’s right to operate the KHEP and maintaining the priority it acquired from having crystallised prior to the NJHEP”.

Rule of law ensures order in the face of anarchy. And with India being the upper riparian of River Indus, Pakistan has rightfully felt nervous about possible state-induced famines and droughts or even a potential ‘water war’. This is why the spirit of the IWT is so important and must be preserved as it is the only major treaty that the two countries have signed in matters concerning water.

As with all forms of international law, the IWT is not binding on the parties and is customary in nature. In principle, states adhere to international law as it ensures predictability and order in international relations. This is especially important in Pakistan and India as their relationship is not commonly associated with order and predictability. But to its credit, the IWT has ensured this in the domain of transboundary water cooperation. Its success can be seen in its longevity and perseverance as it has withstood the broader issues of Kashmir, terrorism, cross-border skirmishes and two wars.

This is not to say that a host of tensions surround the IWT in contemporary times. Although this is nothing new, demands on River Indus keep growing due to burgeoning expectations for electricity and economic development. India’s upstream advantage – even in relation to run-of-the-river projects without consumptive use as barred by the IWT – gives India the potential capacity to control both the quantity and timing of water flows into downstream Pakistan. Also notable is the fact the IWT was negotiated between India and Pakistan in a manner that evaded mention of Kashmir’s disputed status.

Given these tensions, criticisms of the IWT – which call for possibly abrogating it – and warnings that its potential will be dire have recently come from Indian and Pakistani sources. There is no doubt that work can be done to improve the treaty. If there is no political capital and will on both sides of the border, there will be little or no possibility of revisions to the treaty.

Last week’s discourse on the KHEP dispute does not help ease the average Pakistani’s water woes. While it is unclear at the moment, the power-generation capacity of the NJHEP in Kashmir may well be reduced, giving credence to these concerns. But after three years of deliberation, the judges in the arbitration believe the law is clear on the matter. This is undoubtedly a bitter pill to swallow for Pakistan. But unless new legal objections can be raised, Pakistan should accept the award and continue working on an amicable resolution with India on the matter.

And this brings us to the words of former president Ayub Khan. They were uttered when the IWT was formed more than half a century ago: “[W]e have been able to get the best that was possible…very often the best is the enemy of the good and in this case we have accepted the good after careful and realistic appreciation of our entire overall situation… [T]he basis of this agreement is realism and pragmatism”.