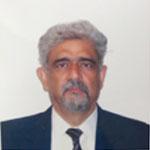 Imran Khan and his party, the PTI, recently released their manifesto, outlining their commitment to education and health, among other matters. No doubt, we shall soon see other parties following suit. This article seeks to contribute to that conversation.

“People are the real wealth of nations” was the powerful first sentence of the path-breaking 1990 Global Human Development Report. The report further read that human development is a process of enlarging people’s choices – the critical ones being a long and healthy life, education and enjoying a decent standard of living. The lead author and head of the UNDP Human Development Office at that time was Dr Mahbub ul Haq. Since then, these reports have tried to articulate factors that are critical to the advancement of human lives, drawing upon global evidence.

It is worth highlighting the two key organising principles for society and what might be termed ‘human’ economy – an economy which works for the people, not the other way around. First, a central principle that all human beings are of equal worth is well-grounded in all major religions especially in Islam, and forms the basis of the post-enlightenment Western thought, from Emmanuel Kant in the 18th century to today. The second principle recognises that social justice demands ‘unequal’ treatment in favour of the disadvantaged and the poor. A point tellingly brought out by Amartya Sen in his magisterial ‘Theory of Justice’.

Therefore, ‘putting people first’ when thinking about development and policy and while measuring progress, all make for a strong argument for promoting universalism – especially universal access to health, education and social security. Many economists argue that poor countries cannot afford these universal schemes. But as the 2014 Global Human Development Report showed, countries as diverse as Sweden and Denmark, Costa Rica and South Korea took their first step towards universal provision of basic social services at a time when their income per capita was relatively low. In fact, they did so at per capita income levels lower than they are in South Asia today.

But the argument goes beyond seeing social services as a matter of equity. More critically, there is ample evidence to show that these are the essential foundations for future sustained growth. Few countries have successfully developed along the lines of the standard macro-economic advice promoted by the Bretton Woods Institutions. This is the sad reality of the Pakistani economy. Its cyclical ups and downs are closely correlated to the infusion of outside money. This money is firstly brought in under the budget balancing strictures of IMF-supported stabilisation programmes; and secondly, through the rent-seeking behaviour of the Pakistani ruling elites, due to its geographical position in an unsettled region.

The 2013 Global Human Development Report in a detailed statistical study found that developing countries generally benefited from opening up (to trade) only after they invested in people (health and education) and in infrastructure. Without that open trade did not help. In fact, it made matters worse for the people and sharply increased inequality.

Social services like health and education need to be seen as investments, not expenditures. Indeed, they way states prepare budgets has to be revamped. The states will have to become more transparent in even distribution among their provinces and people. Most budgets, and regrettably this is true for Pakistan, are not pro-poor or even pro-environment. Neo-classical economists, who are still in the mainstream, justify this state of affairs by singing paeans to the investment importance of the rich to as a group, and the need for high returns to sustain entrepreneurship. Regrettably, most budgets offer subsidies to the rich, based on some very dubious economic thinking.

But there are more profound reasons as to why focusing on people is so critical. Development in the end is not about budgets, but rather about how people themselves are empowered to exercise their choices and their fuller agency as human beings. Education not only enhances technical skills for the future but also predisposes people to be open to change and care for nature. There are other ‘soft’ factors as well which influence attitudes, their engagement in productive sectors and, more generally, social cohesion. Less discrimination and fewer barriers in accessing markets enable people to exercise their agency or choices more effectively. The right kind of education promotes tolerance and a society that cares.

As political parties gear up for the elections and fine-tune their strategic and economic visions for Pakistan’s future, we have a rare opportunity of encouraging a common understanding of the key transformative actions that can put Pakistan’s economy and society on a different trajectory.

In the next article we will discuss the transformative actions vital to the country’s future.

Dr Akmal Hussain is dean, School ofHumanities and Social Sciences at ITU Lahore, and lead author of the UNDPReport: Inclusive and Sustainable Development (2018)