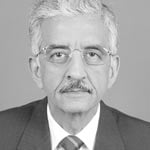 The road of self-delusion

The statement issued by Sartaj Aziz last Tuesday on Obama’s visit to India was designed in part to reassure the public that the government is alive to the challenges posed by the expanding strategic partnership between the US and India and that it is dealing with the problem. But in fact the government’s reaction to the US president’s visit to our neighbour has achieved the exact opposite by reinforcing doubts about the capacity of the government to address the huge challenges the country is facing, both internally and externally.
The threat that the US-India tie-up poses to Pakistan’s security is of course older than Obama’s visit to India. It was first clearly signalled by the decision of the Bush presidency in 2005 to “make India a global power”, as the then secretary of state Condoleezza Rice put it, and the accompanying nuclear deal between the two countries. This policy has been continued and taken further by Obama.
Obama’s recently concluded visit to India suggests tacit US acquiescence in, if not blessing for, India’s policy of trying to overawe Pakistan through a show – and possibly the exercise – of its military prowess. In an article last week in an Indian newspaper, Daniel Markey, senior fellow at the Council on Foreign Relations, called it a strategy of “peace through strength” and likened it to that followed by Reagan towards Moscow, which is credited with having brought about the collapse of the Soviet Union.
Markey writes approvingly of Modi’s sabre-rattling and expresses the opinion that a “firm display of India’s strength” has the “potential” to “finally [resolve] the India-Pakistan dispute”. India already enjoys tremendous advantages over Pakistan, he writes, and “could turn the existing imbalance into a rout” for Pakistan by “[outracing] Pakistan on the nuclear front” and by accelerated conventional force acquisitions. Investment by India in nuclear capabilities, such as