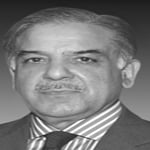 Ever since the people voted in Prime Minister Nawaz Sharif for a third term in office, no other matter has consumed as much of his time and energy as conceiving strategies and means to rid Pakistan of the chronic energy shortages. I say this based on my first-hand experience of the meetings on energy that I have been part of.

As I took the podium to address the inaugural ceremony of the Bhikki Power Plant, my mind raced back to a meeting of the Cabinet Committee on Energy held in March 2015. While the discussions were under way, I presented the idea of constructing power projects through our own resources, outside the ambit of CPEC. I was concerned about the politics of agitation and sit-ins throwing spanners in the works of the smooth implementation of CPEC projects.

The participants at the meeting were stunned by my suggestion. The prime minister was the only one who saw wisdom in my proposal and gave the go-ahead. This meeting provides the context through which three gas-fired power plants – Bhikki, Haveli Bahadur Shah and Balloki – with the cumulative capacity of 3,600 MW were conceived.

The Bhikki Power Plant – wholly financed by the Punjab government – is the first project to be commissioned with 717 MW added to the national grid in the first phase. The project has taken 18 months to come online – a world record for a mega project of this magnitude. We can compare the 1,180-MW Bhikki Power Plant – which has been constructed within a span of 18 months – with the 969-MW Neelum-Jhelum Hydropower Project which has been under-construction for over a decade.

Our energy problem is complex and multifaceted in its own way. It is not only a generation issue. Instead, it is equally a governance issue as well. Many of our energy woes owe can be attributed to a lack of focus on the part of successive governments on expanding the energy mix by harnessing cheap sources of power generation.

As the incumbent government under PM Nawaz Sharif took on this challenge, the matter of generating low-cost electricity, which is both affordable and environmentally-friendly, has been a greater concern.

This is where 1,180-MW RLNG-fuelled Bhikki Power Plant fits in as a harbinger of change. This project is financed through 75 percent commercial debt and the total amount of project finance is Rs63.75 billion. Moreover, the loan was extended without a sovereign guarantee. There are several factors why the Bhikki Power Plant is a landmark project:

Second, the Bhikki Power Plant uses the most efficient and state-of-the-art technology procured from the world-renowned General Electric. A brief comparison is instructive in this regard to ascertain the overall efficiency of the project.

As per Nepra standards, a plant is considered to have achieved an acceptable efficiency benchmark if its efficiency level is 57 percent. Bhikki, with its efficiency of 61.6 percent, represents an increase of more than four percent.

Third, for the first time in the country’s history, the government has introduced a culture of savings in public welfare projects. A saving of Rs50 billion has been achieved in the project cost. As a result of the lowest EPC/project costs and other operating costs, the Bhikki Power Plant is expected to bring over Rs200 billion to the national exchequer. The highest efficiency has resulted in a fuel-saving of about Rs120 billion to the national exchequer. As a result, the total savings over the project life – which amounts to 30 years – are about Rs320 billion.

Fourth, a transparent procurement process was followed through the International Competitive Bidding (ICB) for the selection of the EPC Contractor for the Bhikki Power Plant, which resulted in securing the lowest ever capital cost per MW in the history of Pakistan ie $466,000 per MW. No relaxation of the PPRA rules was sought at any stage.

The EPC contract was signed as a joint venture of the Harbin Electric International (HEI) of China and the Habib Rafiq (Pvt) Ltd (HRL) of Pakistan on September 22, 2015. The ground-breaking ceremony of the project was held on October 9, 2015. The gas turbines which are used for the Bhikki Power Plant are the GE H class – 9HA.01, which are the world’s most efficient gas turbines with a low operating cost. On the basis of the current LNG price per KWH is Rs7.37.

The 18-month completion time of the Bhikki Power Plant on a simple cycle has also set a world record as to date no power project of this size and technology has been completed in such a short period of time.

While undertaking this project, we have made sure that we uphold the highest standards of transparency, efficiency, compliance with requisite standards and quality controls. The Bhikki Power Plant isn’t just a project that we have inaugurated. It is the realisation of a dream – a dream of national development and ridding the country of the scourge of loadshedding with the highest standards of transparency.

The PML-N has a sound track record of public service. As we went about putting this project online, we were not deterred by the roadblocks that came our way. On the other hand, we converted this criticism into positive energy to drive our actions and the results are before everyone.

It is this quest for making Pakistan the embodiment of the Quaid’s and Iqbal’s ideals that continue to guide our efforts as we go about performing the fundamental task of turning the country towards progress on different fronts.

This is excerpted from a speech that the chief minister delivered at the inaugural ceremony of the Bhikki Power Plant on April 19.