ISLAMABAD: The politico-business Saifullah family stays on the top by owning the highest number of offshore companies among Pakistanis, and British Virgin Islands emerges as the favourite destination of Pakistanis for registering companies that witnessed its peak in 2007. Also, the month of May has emerged as the favourite month for registration, data analysis of 256 companies and their 400 owners indicate.

The oldest company of any Pakistani found in record so far was registered on November 8, 1988 titled Casca Holdings S.A. owned by Sharifa Hamid, Hassan Ahmed, Sajada Jamil and Mian Ziauddin Toor. The newest company in the record has been identified as Melton Commercial Trading Limited registered on May 21, 2015 with its power of attorney granted to Waqar Siddiqui.

Karachi has the highest number of offshore company owners, followed by Lahore and then Islamabad. The list of The News is a combination of structured data compiled by the International Consortium of Investigative Journalists (ICIJ)  in addition to the names of Pakistanis found out by this correspondent while getting deeper into the web of secrecy. In many cases, either the ownership has been kept secret or the companies have been made shareholders of other companies.

In terms of years, 2007 has been most favourite for offshore companies’ registration while 2009 remained the second most popular month in this regard. An equal number of companies (15) had been registered in the years 2000, 2011, 2012. 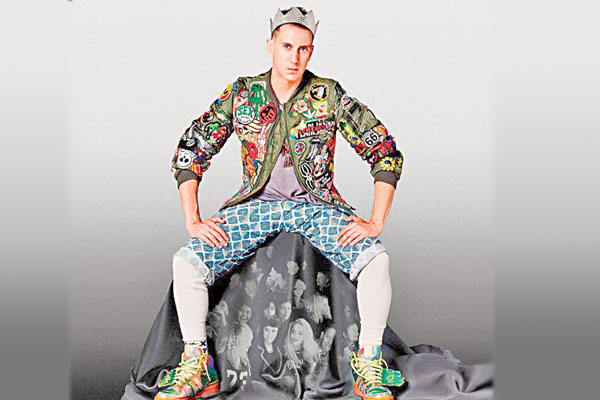 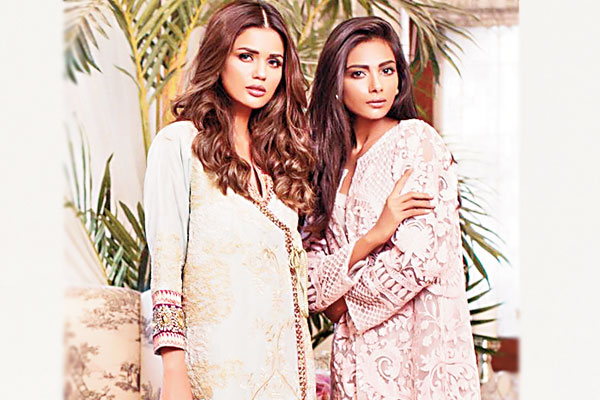 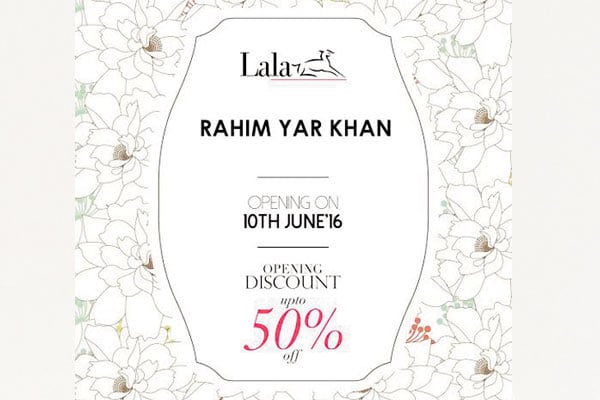 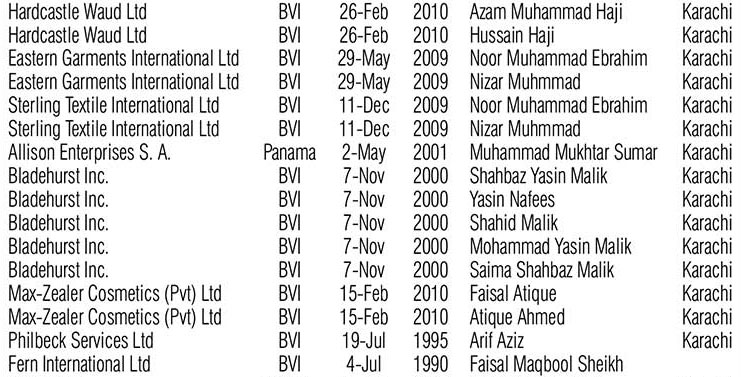 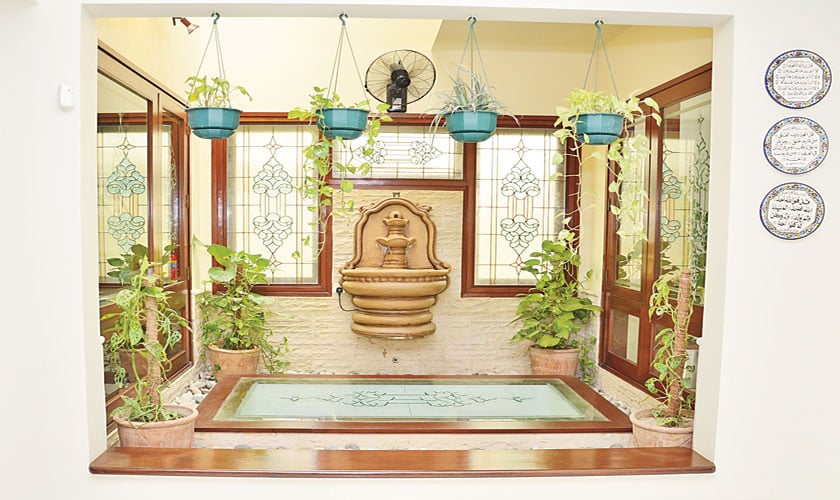 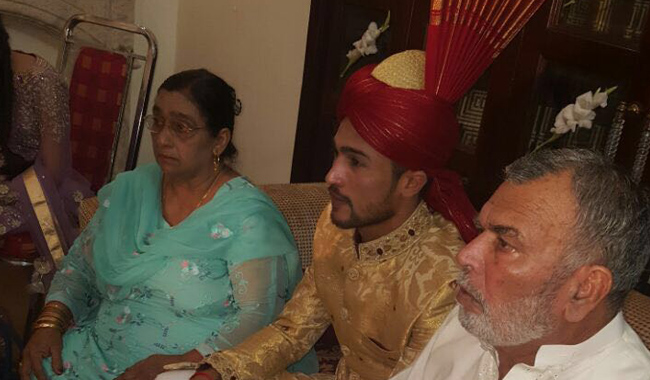 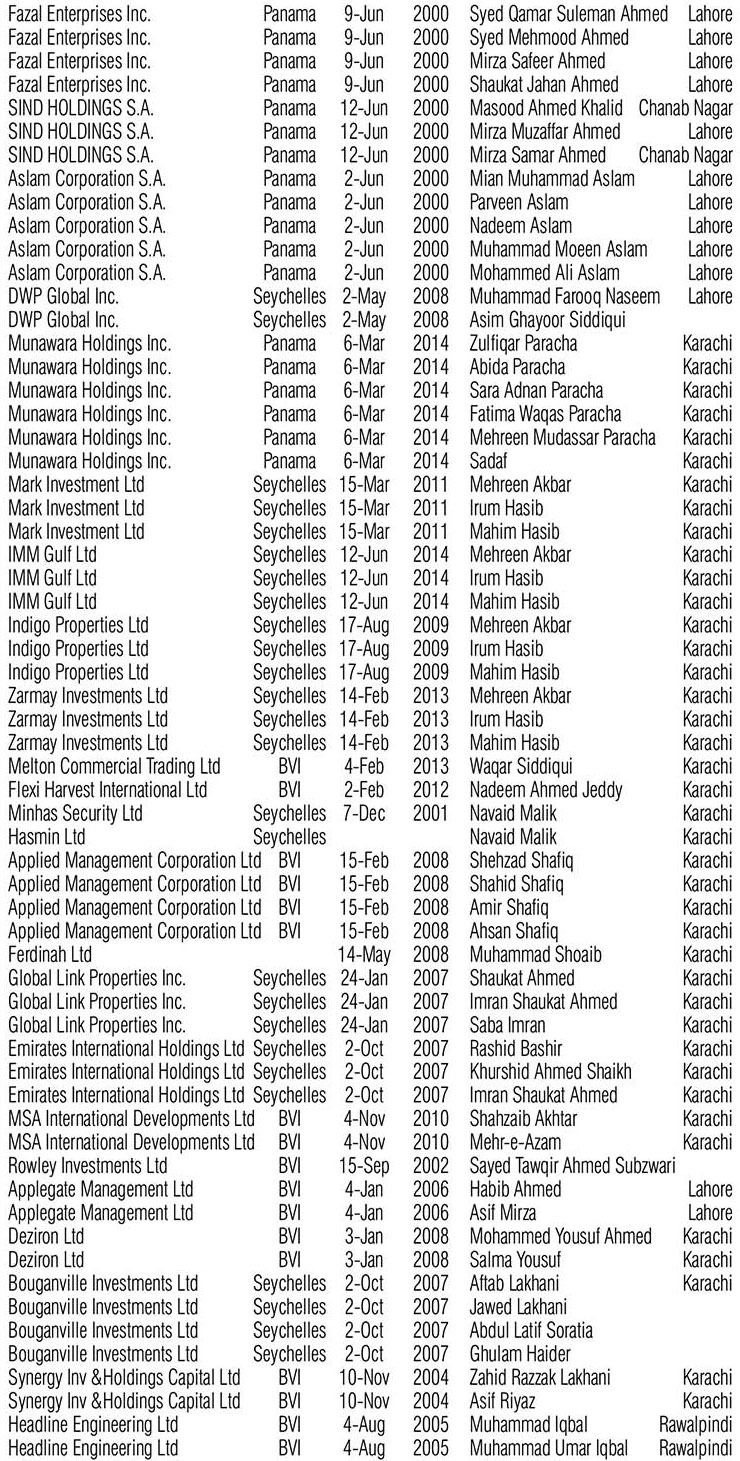 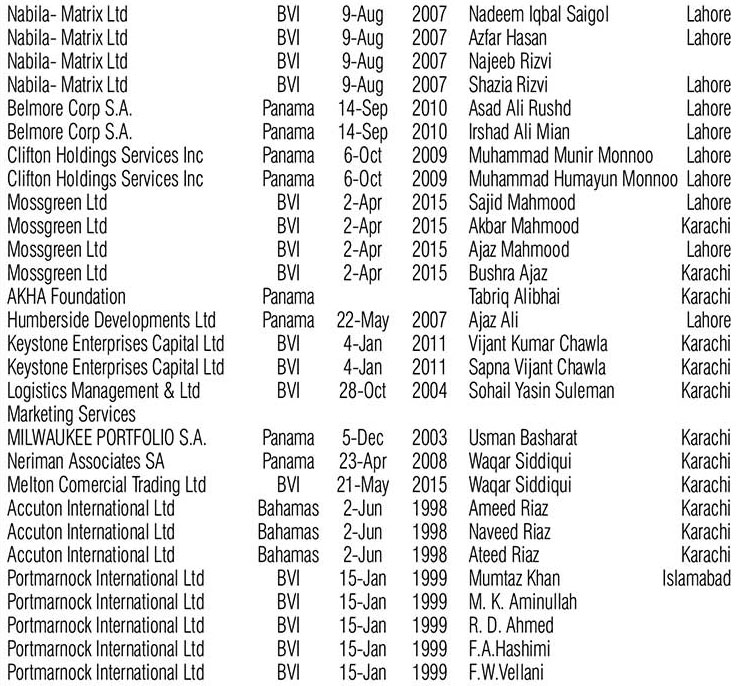 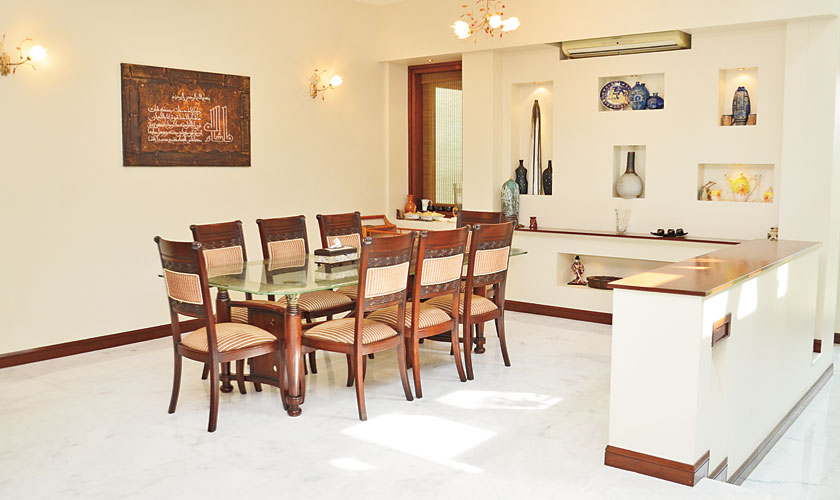 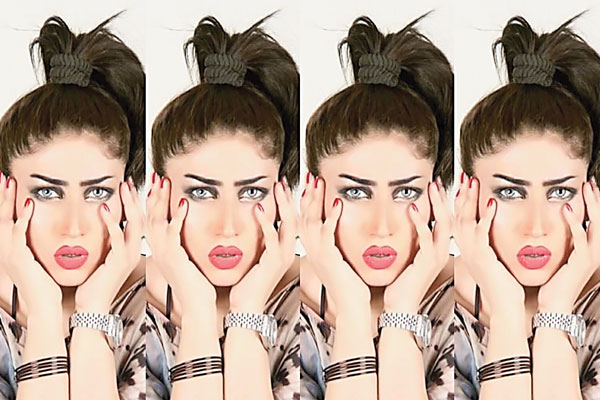 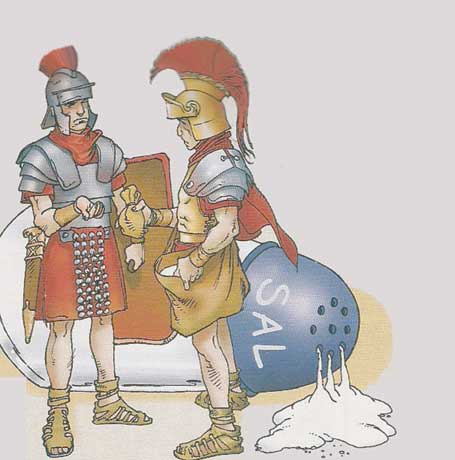