Let’s be fair with them!

As Universal Children’s Day is round the corner, let us pay tribute to all the dedicated teachers of our country, who work hard for the development of children but are deprived of their due rights...

Those who educate children well are more to be honoured than they who produce them; for these only gave them life, those the art of living well. - Aristotle

Pakistan’s education crisis has been a constant for a few years now. School teachers have been protesting for their due rights and fair demands but despite their efforts, they are unheard and are facing continued struggle. For instance in 2016, the issue of the privatisation of government schools was raised by the Punjab Teachers Union (PTU) in Lahore. In 2017, teachers, under the banner of Punjab Professors and Lectures Association (PPLA), staged a protest demonstration against alleged prevailing culture of corruption in educational institutions which affected the status of their pay protection and promotions. 2018 also saw issues regarding due payments and corruption in the education sector by the teachers of Basic Education and Community School (BECS) and Sindh’s Primary Teachers Association (PTA) which were addressed by the government for a change. Even this year, the scenario of government schools and their faculty members is grim. There have been a number of protests by thousands of government school teachers who are just being insulted by brutal police actions and behaviours. Use of water cannons and batons is very common to halt protestors who even do a peaceful protest. In October, issues regarding unequal pay among primary school teachers (PST) and high school teachers (HST), promotion of PST to HST, job security and proper service structure were raised by the teachers of BECS and other government teachers associations.

On a personal level, the school’s own system in both government and private sectors has taken a toll on teachers. The management takes their undue advantage and shows an unfair attitude towards them. For instance in September, hundreds of parents and their different associations in Lahore gathered to protest against the Punjab government and private schools for overlooking the fee issue despite the orders of the Supreme Court. According to a local daily, the private schools were even allegedly threatening and harassing the students either to pay excessive fee or shift to public schools. As far as the teaching faculty in these schools is concerned, most of them take hefty amounts from parents as their children’s monthly fee but don’t pay well to the teachers who work really hard for the progress of children.

As Universal Children’s Day is round the corner, let us pay tribute to all the teachers who put so much efforts in the development of a child but are deprived of their due rights in our country. Sadly, these teachers not only face problems on the national level but also on a personal level due to ill practices in the education institutes and unfair treatment by the schools’ management...

Despite numerous protests in Punjab, Sindh is not lagging behind. After talking to a few teachers from Karachi’s government and private education sectors, the scenario has presented a bleak picture. Mrs Nusrat Jahan who is an ex government school primary teacher, shares, “There is an imbalance in the salary structure of primary and secondary school teachers. Despite the fact that primary level is the most crucial part of a child’s personal and educational growth, the primary level teachers are paid less than the secondary level teachers. It’s high time that the government should reduce this pay gap between PSTs and HSTs because it is very unfair to the primary teachers like us.” Negating this demand, secondary teacher Mrs Zahida Raheel, who is an M.Ed and belongs to a government girls’ school in Karachi, informs, “I don’t think this is the case. The secondary level teachers are being paid according to their degrees and ranks. As such, there is no pay gap between primary and secondary level teachers. They are almost the same.” Mrs Samreen Essa, who is an English teacher in a private school, while adding to this talks about the extra working hours for which teachers are not being paid. “I believe primary teachers have to put a lot of hard work to bring out the best possible outcomes yet there is a huge difference in the salary of primary and secondary level teachers. Teaching is usually underpaid while the teachers are expected to do over time (for which they are not paid extra) apart from low salaries and no perks which has resulted in lack of quality teachers in most of the private schools.”

In schools today - whether it is government or private - the entire burden of a child’s progress is on a teacher’s shoulders. Students are given extra leverage and teachers have to bear the brunt of their shortcomings by putting in extra efforts in extra work instead of serving their basic duties. Also, there is a whole lot of pressure from the parents on the school’s management. They almost threaten them not to pinpoint their kids. It is unfortunate that eventually it is the teacher who becomes the scapegoat for a child’s mistake or low performance in class.

While further explaining this norm, Samreen tells, “Schools have now become businesses where parents and students are treated as customers, and customers are always right. Most of the schools spoil their students in the name of ‘facilitating’ them which I believe is not correct. For example, if a student did not complete his work, it is then a teacher’s responsibility to get a copy of missed out work before exams so that the student can prepare.” According to Mrs Zahida, government schools are facing a huge drop in admissions every year; teachers are strictly guided not to scold students if they don’t perform. “Today, children have become more rigid and don’t listen to the teachers easily. We as teachers, become helpless in such situations when the management doesn’t give us a free hand on them,” she adds.

While private schools put a lot of emphasis on extracurricular activities, teachers are often given huge responsibilities and are expected to cover that area as well. “There are many private schools which have a small set up in a house and are not planned. Such schools only focus on minting money to expand their businesses. They don’t hire relevant people and pressurise teachers by burdening them with administrative work which is primarily not a teacher’s job. A teacher is supposed to look after school events and some administrative tasks because hiring of admin staff would cost a lot to the school,” laments Mrs Samreen. She also shares that teachers have meetings and other work usually after school hours and it is not considered as extra and hence do not receive any overtime for that. Contrary to this, Mrs Zahida confesses, “Government schools do not have much extracurricular activities (which they should) so we are not asked to organise events or help the school in the administrative work. However, currently we are facing problems related to our work timing which has been increased. Although we don’t need an overtime for extra work since we have good salaries, but due to this our family commitments and children suffer the most.”

In many schools, teachers are pressurised for planers, student activity reports and action plan rather than focusing on the overall curriculum of the school and a child’s progress. “There are schools that do not bother about how the curriculum is being implemented in the classroom. They are only worried about documents like planners, action plan and reports from teachers. These documents help when there is a visit from higher authorities. Maintaining files of 27-30 students every day is a time consuming task. It requires energy and dedication. Teachers do not have any help in the classroom, they teach, they design worksheets, they check copies, they make tests and exam papers, they manage a class of 27 children, they deliver lessons, they make planners beforehand, they prepare class activities and bulletin boards and are usually exhausted at the end of the day.” However, this is not the case in government schools. “It is important to create a balance in both government and private sectors. Teachers should be treated fairly and equally in both the sectors as we have to nurture better generations from government as well as private education systems,” suggests Mrs Zahida.

We must respect teachers. After parents it’s them who shape a child’s life by educating them and inculcating moral values in them. They counsel their students and help them choose their careers that best suit their interest. Teachers are agents of change and it is high time that they are given their due rights in order to elevate the level of education in a society like ours where the literacy rate is so low. Let’s be fair to them! 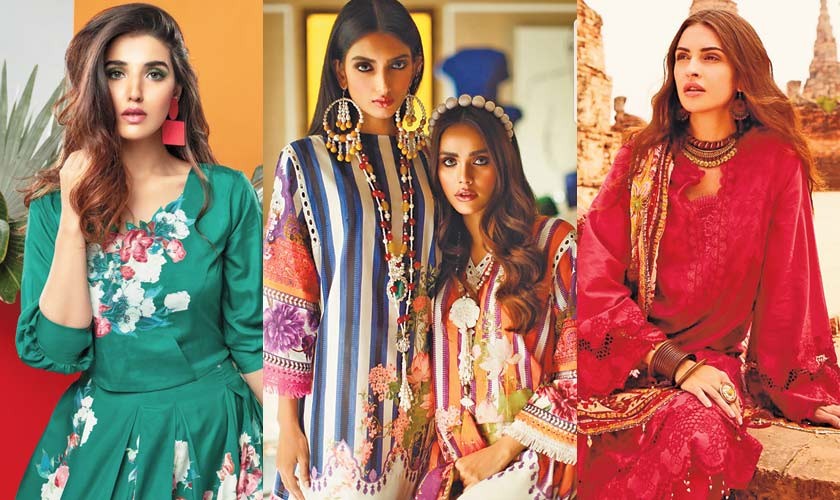