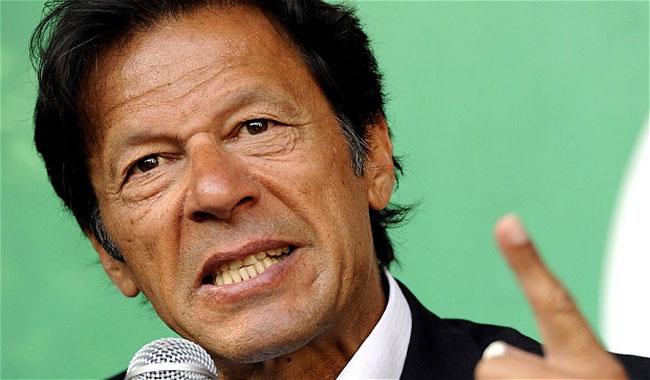 ISLAMABAD: Pakistan Tehreek-e-Insaf (PTI) Chairman, Imran Khan on Thursday said the people in Punjab and Sindh are always forced to vote for the ruling parties while the provinces' police are also used for serving political interests.

Speaking to the party’s winning candidates in the Local Government elections at a reception hosted by him, Imran Khan reiterated his claim that Pakistan People’s Party (PPP) and Pakistan Muslim League-N had struck a secret deal in the name of Charter of Democracy in London.

“The rigging in 2013 general elections was a part of this deal,” he maintained.

He said PPP and PML-N also made a pact to cover each other’s shortcomings and take turns in ruling the country by faking democracy.

Imran Khan said PTI will play its effective role by remaining in the opposition.

“I congratulate those who, despite hardships, regularly showed up at PTI’s sit-in protests in Islamabad,” Imran Khan said, adding, a real opposition emerged from the Islamabad sit-ins.