Fourteen dead as bus cylinder blows up in Karak 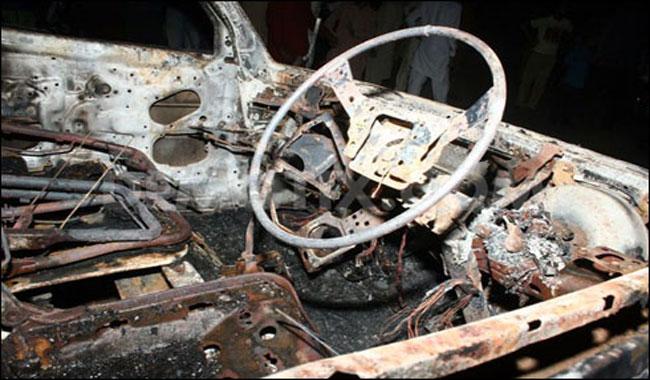 KARAK: Fourteen people including women were killed while three others sustained wounds when a gas cylinder installed in a wedding party bus blew up at Kanda Khurram in Karak on Sunday.

According to police sources, four women were among the people who lost their lives in the cylinder blast.

The wedding party bus was moving from Dadu Shah to Terri when all of a sudden the gas cylinder fueling the bus blew up with a loud blast at Kanda Khurram.

The injured passengers were rushed to a nearby hospital for treatment.