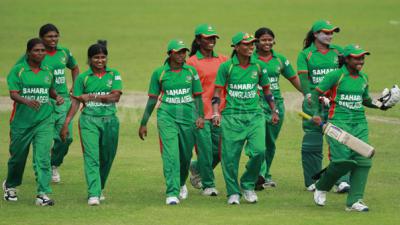 LAHORE: Punjab Minister for Sports and Education Rana Mashhood Ahmed Khan has said that Pakistan nation will hear a good news in near future regarding the tour of Bangladeshi women cricket team.

Bangladesh women team will visit Pakistan as per their schedule later this month, he was talking to media after welcoming Bangladesh security delegation at the National Hockey Stadium here on Tuesday.

After women team’s tour we are hopeful that male cricketers of Bangladesh will also tour Pakistan, he added.

The Minister said, “ Punjab government has always put every possible effort to maintain peace in the province. We organized several major sports events like Punjab Youth Festival cricket football and hockey series in the past quite successfully”.