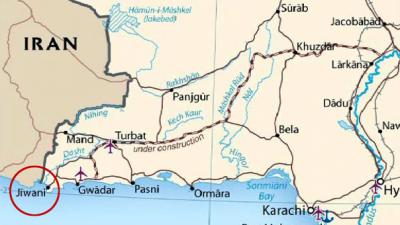 Another CAA employee was injured in the attack, which took place around 3:00AM. Sources said the attackers damaged technical aviation equipment and destroyed the VOR system that helps during the landing of aircraft.

Khalil Ullah, an electronics superintendent of the CAA posted in Jiwani, was gunned down by the attacker, while another engineer Mehmoodullah Niazi was taken away by the terrorists as they escaped.

Security forces are currently continuing its search operation to track the attackers but, so far, no headway has been made in the investigation.

Chief Minister Balochistan Abdul Malik Baloch has ordered the commissioner in Makran district to submit a report into the incident. He has also ordered authorities to act against the terrorists using full force.

The banned Baloch Liberation Army (BLA) has accepted responsibility of the attack.