Army Act: Punishment will be applicable against any attackers of civil, military institutions 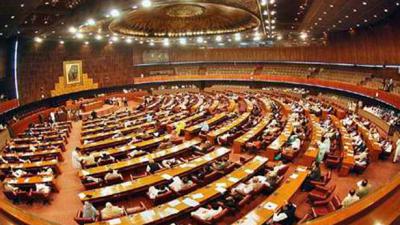 ISLAMABAD: After the restoration to the Army Act (Amendment), the Pakistan Army can take any action against attackers of civil, military institutions in the country.

According to the bill presented in National Assembly on Saturday, an amendment to Article 175 was also presented, along with amendments to the Army Act 1952.

Under the Army Act, the final verdicts for any terrorist acts being tried in special courts would be taken by the federal government.

All applicable laws under the Army Act would be in effect for a total of two years, after which the special courts would cease to exist.