LONDON: “Islamophobia is Britain latest bigotry blind spot. It’s where the respectable rationalise bigotry, couch it in intellectual argument and present it as public interest or honest opinion that allows the rot of xenophobia to set in.”

These were the words of Sayeeda Warsi, the former Conservative cabinet minister, at the fifth annual Leveson lecture, an event hosted by the Hacked Off campaign in London.

Lady Warsi, the first Muslim woman to hold a cabinet position, said hate speech in the press had become a “plague” with Muslims the “principal target”. The former minister also demanded a parliamentary inquiry into the matter.

Quoting examples from the leading UK dailies, Daily Express, the Daily Mail, the Sun and the Times, she said 'hate was a daily reality for Muslims in Britain in 2017'.

Warsi added: "In sections of our press it is relentless and deliberate. Steadily and methodically using paper inches and columns to create, feed and ratchet up suspicions and hostilities in our society, driving communities apart and creating untold – and unnecessary – fear and distress.

“Poisoning our public discourse, making it almost impossible to have sensible discussions about real challenges, crowding out tolerance, reason and understanding.

“And this drip-drip approach has created a toxic environment where hate crime is the highest it has been since records began.”

She continued: “Hate speech in the press has become a plague, an epidemic. Ways of expression that I thought we had left behind with Enoch Powell in the 1960s are now the new normal.

“This is true not just of two or three notorious dailies, but also of papers some still regard as responsible and ethical. Anti-Muslim hate speech is becoming a regular feature even in the more ‘respectable’ parts of the press and that’s why it is becoming more dangerous.” 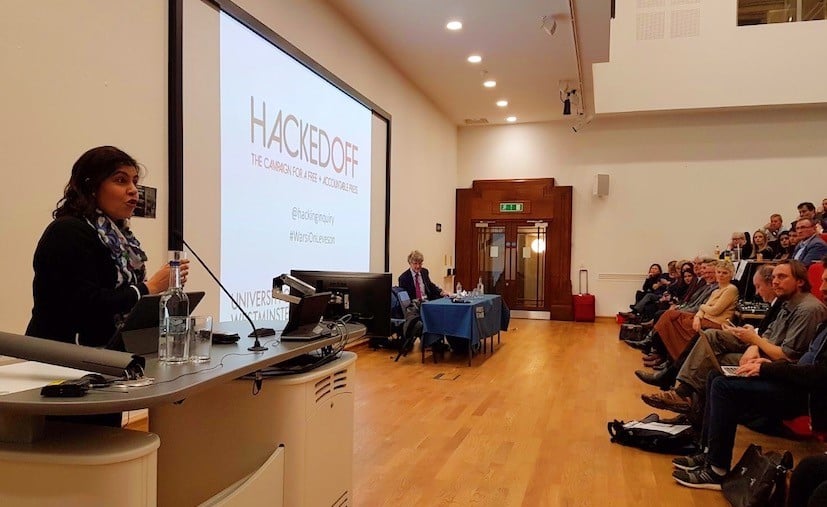 Describing a front page story from The Sun in 2015 - “1 in 5 Brit Muslims’ sympathy for jihadis” as “shocking” and “encouraging a false and derogatory idea”, she said the UK newspapers were “wilfully sending a message to its readers that Muslims are frightening people with whom Christian children are not safe".

Warsi criticised the government for not implementing the recommendations of the Leveson inquiry.

According to a Guardian news report, she has also written to Labour MP Yvette Cooper, the chair of the parliamentary home affairs committee, asking her to investigate hate speech.

US Congress approves $40 billion for Ukraine