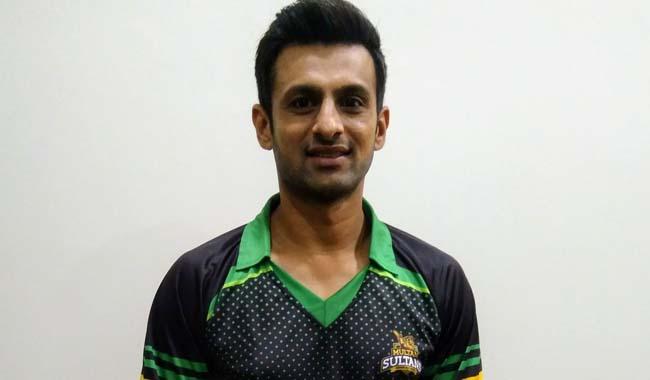 Malik is in supreme form recently and was named man of the series in T20 series against Sri Lanka.

Commenting on the appointment of Shoaib Malik as the skipper, Wasim Akram, Director Cricket, Multan Sultans said, “Shoaib has been in the form of his life, and the rich experience that he possesses after featuring in almost every global T20 league, makes him the best choice to lead the unit.”

“His all-round contribution will significantly benefit every single player in the team, and I am very excited to see him perform in the next PSL season,” he added.

The franchise also added Yasir Malik as the team’s strength and conditioning coach, who has been serving in the same capacity for the National Cricket Academy (NCA).

“The addition of Mohammad Wasim and Johan Botha to the coaching staff under the tutelage of our Head Coach Tom Moody reflects the strength of our coaching pool, while Nadeem Khan’s expertise within the capacity of the team’s manager is welcoming”, said Asher Schon, President, Multan Sultans.

“We are thrilled to have Shoaib in our franchise, looking forward to him leading the unit courtesy his aggressive style of game play, and he definitely will have a huge impact for Multan Sultans this season both with bat & ball, and his magical fielding skills.” he concluded.