Hate crime against Muslims and Mosque doubles in Britain 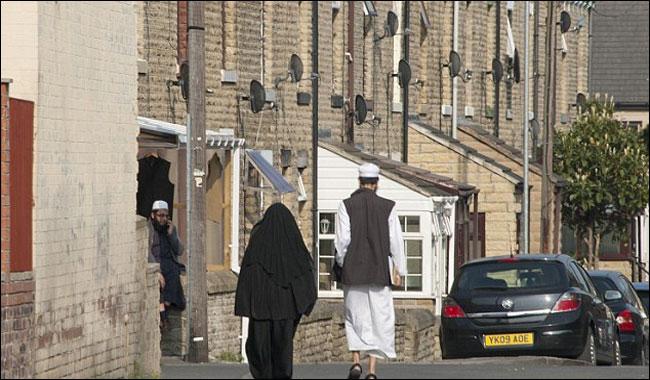 LONDON: Violence, intimidation, assaults and hate crimes targeting to mosque and Muslims are doubles in 2017, police recorded 110 hate crimes from March to July 2017 in Briton compare to 47 in 2016.

The crimes include racist abuse, threats to bomb the mosque, attacks at mosques and worshipers are the significant.

In a report obtained by local media under the freedom of information(FOI) suggests that a comprehensive law needed in country to stop the hate crimes, “major incidents of hate crimes took place in London and Manchester”

Report says, racist abuse and threats to "bomb the mosque" feature heavily among the hate crime as do incidents of offenders smashing windows on buildings and parked cars.

Other records include offensive graffiti sprayed on to buildings, violent assaults on worshippers, two cases of arson and two cases of individuals leaving bacon on door handles at mosques. “The figures, based on 42 responses from 45 forces, also show 25 forces saw a year-on-year increase in hate crimes directed at mosques, with the biggest rise reported by Greater Manchester Police (nine crimes, up from zero) and London's Metropolitan Police (17 crimes, up from eight).

Threats, harassment or other intimidating behavior more than tripled, from 14 crimes in 2016 to 49 in 2017.

Violent crime against individuals more than doubled from five recorded crimes against worshippers at mosques in 2016 to 11 crimes in 2017. Crimes recorded as vandalism or criminal damage increased from 12 in 2016 to 15 in 2017.

Due to differences in how police forces record their statistics and the fact that not all forces are included in the figures, the true number of hate crimes directed at mosques is likely to be higher still.

Britain endured several terror attacks claimed by Daesh over the period in which the crimes were recorded, at London Bridge, Westminster and Manchester.

Other high-profile cases of hate crime at mosques this year include the Finsbury Park terror attack in June, a Manchester mosque gutted by fire in an arson attack in July and the sending of a white powder and bomb threats to three mosques across London in July.

While police found the powder to be harmless, Erkin Guney, a community leader at one of the mosques targeted by the letters, called the threats "heartbreaking".

The Shacklewell Lane Mosque in north London, where Mr. Guney is funeral director, has seen "attacks by the BNP, pigs' heads thrown at the door and buildings set alight" over the years since his father founded the mosque in the 1970s, he said.

"Have I got to worry about people getting knocked up in the air?" said Mr. Guney.

"That's a really heavy responsibility. Now to worry that people are going to die on my doorstep is heartbreaking.

"We've got community events that take place here. Everyone comes, it's not just about Muslims in the mosque."

More than 50 places of worship, almost half of them mosques, applied for the most recent round of anti-hate crime funding from the Government, which ended in June.

Applications for funding, intended to provide security measures, were made available to all places of worship in April and May but extended into June after terror attacks at the start of the summer.

Ms. Diana Abbott, the shadow home secretary of Labor” called on the Home Office to publish data on hate crimes against all places of worship "as a matter of course" after "worrying reports of attacks on synagogues as well as mosques".

She said: "Politicians have a particular responsibility in the language they use, the policies they advocate and the climate they create.

"There should be a unanimous message that violence against any section of our society is unacceptable. She called the figures "deeply troubling” and said attacks on any religious group or minority are abominable, “These anti-Muslim attacks will be condemned by all decent people."

While responding on the report, A Home Office spokesman said: "All forms of hate crime are completely unacceptable and the UK has some of the strongest laws in the world to tackle it."

Increasing in the hate crimes is also cause of deep concern the English and all other communities and called for comprehensive law and strong campaign.

Ivanka Trump, husband will not move to New York over fears of being rejected: report