KARACHI: Six persons were dead and five injured after a van caught fire near Karachi Zoo on Sunday morning.

The van, carrying eleven people of the same family, was on way to a picnic point at Hawke’s Bay. There were four children inside the van when it burst into flames.

The driver suspiciously fled the scene and is nowhere to be found.

The ill-fated van caught fire reportedly due to short-circuit as the gas cylinders fitted in the vehicle were not exploded.

The wounded were shifted to Jinnah Hospital and are said to be in critical condition. 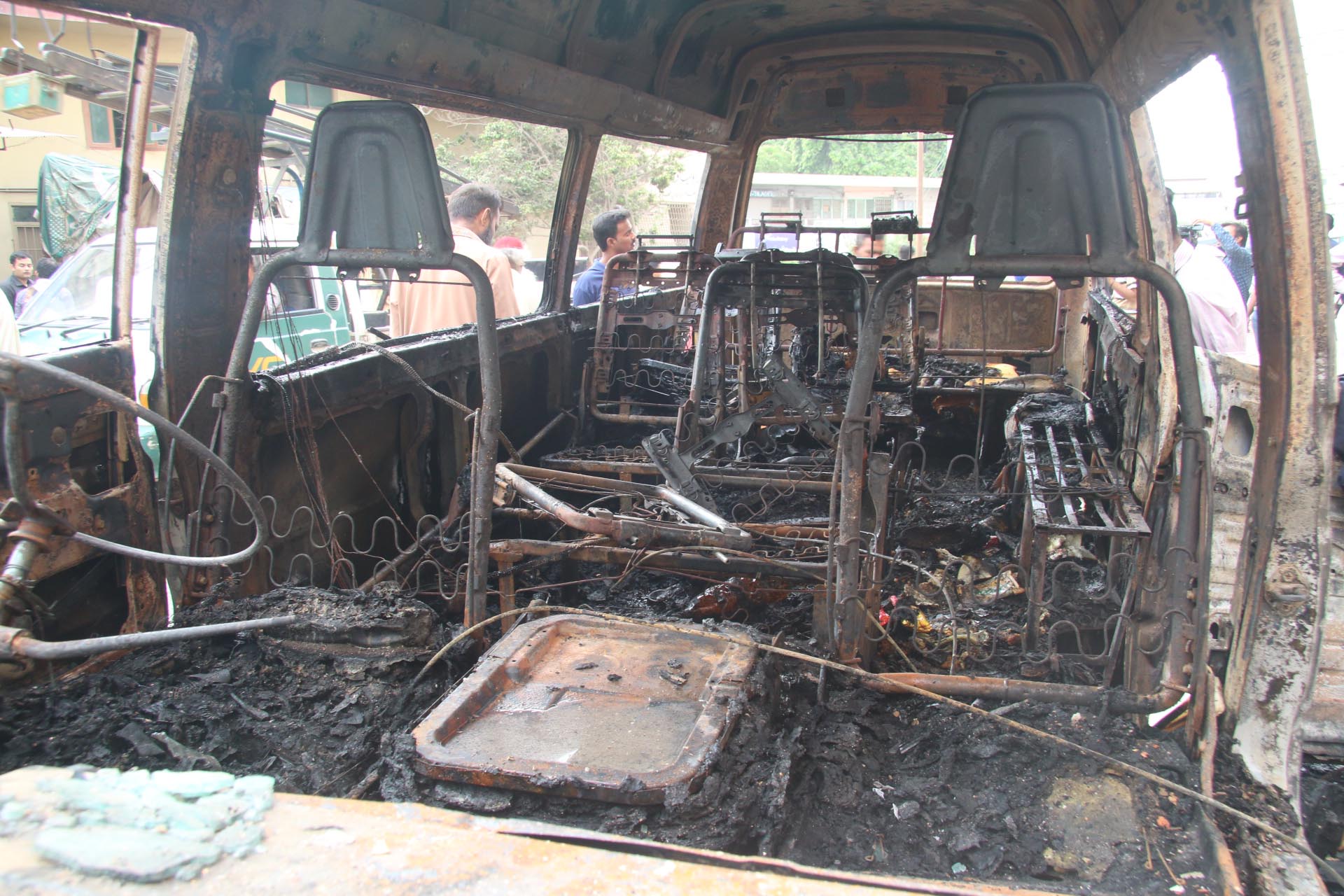 Imran Khan returned to Bani Gala as he failed to even gather 35,000 people: Marriyum Aurangzeb