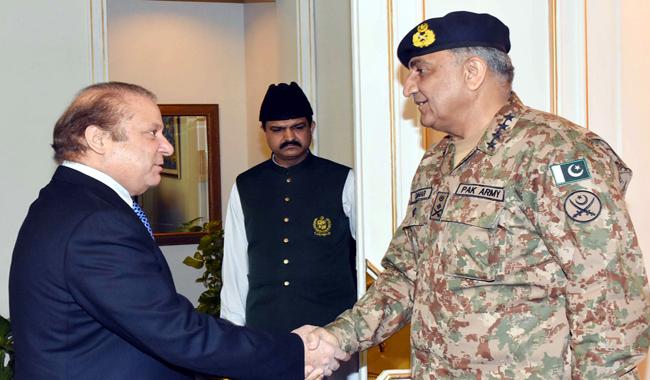 ISLAMABAD:  The Dawn Leak issue was resolved by the civil and military leaders on Wednesday months after a report in country’s one of the leading English newspapers  detailing high-level security talks that angered the army and led to the removal of then-Information Minister Pervaiz Rashid.

Though the Prime Minister house had  termed the report as planted and fabricated and breach of national security, the story opened a rift between the civil government and the army.

Quoting sources privy to the matter, Geo News reported prime minister told his close aides at a meeting on Tuesday that he wanted to put an end to the situation emanating from a tweet by the army in which his directives to remove one of his advisers and a bureaucrat after an inquiry into Dawn Leaks were rejected.

The prime minister said he does not want any confrontation with the army, and agreed with some of cabinet members that an interaction with the army chief may prove to be positive step towards resolving the issue, the sources said.

The sources said the issue of Dawn leaks was discussed candidly in the meeting in which prime minister termed the tweet insulting for the office of Prime Minister.

Although the prime minister apprised the army chief of serious concerns, he did not ask for deleting the tweet , the sources said.

General Qamar Javed  assured the meeting that the issue would be resolved immediately. They said the army’s move to withdraw the tweet came as a surprise for the government.