Karachi's only food lab non-functional since a decade 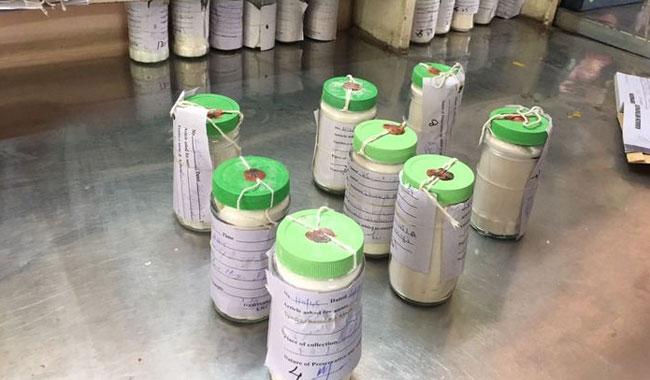 KARACHI: Have you ever thought the food you are consuming as a meal is good for your health or have you ever checked the material or ingredients of the cooked food which is being sold on the streets ,restaurants and hotels? Well, for all such questions and worries, Sindh Government under the umbrella of Karachi Metropolitan Corporation (KMC) had established a Food lab in 1960's.

For this checking mechanism, 12 food inspectors had also been appointed. Their task was to get three samples of each item and through a Public Analyst check that sample and send the report to the court and Senior Director Food for further proceedings.

But from the last decade, all these functions to protect the health of the common citizen from unhygienic food have been stopped and authorities did not do anything with regard to this matter.

Asking about the machinery and tools of the lab, senior director food lab Javaid Ur Rehman has admitted that the lab is out dated and all the machinery which were purchased in 1965 have expired and not a single test has been performed since the last one decade, except for iodine and distilled water.

Every month more than 600 samples for testing ingredients are received from the lab but none of them have been checked.

"We are following 1965 laws which is why the majority of food items are not in our custody to check. Now Sindh Government has decided to make a Sindh Food Authority just like Punjab Food Authority but when it will happen no one knows."

On the other hand Senior Director Food Javaid Rehman said we have become the hotch-potch of Food Ministry, Health Ministry and Karachi Metropolitan Corporation.