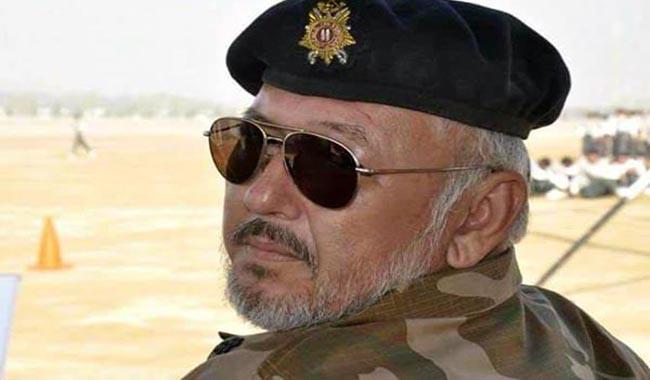 PESHAWAR: Pakistan Army's Major Jawad Changezi, who had been injured during Monday's clash with Afghanistan's border security forces, succumbed to his wounds and passed away on Tuesday.

Funeral prayers for Changezi were offered at Peshawar Garrison, after which his body was transferred to his home city Quetta for burial. The Army Chief also attended the funeral.

According to details, Major Jawad Changezi was brought to CMH Peshawar after he got injured during the clash between Pakistani and Afghani security forces at Torkham border.

The martyred army major belonged to Quetta. According to a statement by the ISPR:-

"Meanwhile a day after clash between Pakistani and Afghan security forces at Torkham border the Inter Services Public Relations (ISPR) released an image showing that the under construction gate at Torkham border is 37 meters inside Pakistan. This gate is considered essential to check and verify documentation of all border crossers. Will check move of terrorists the ISPR stated."

"The firing by Afghan forces was aimed at disrupting the construction of a gate well inside Pakistani territory at the border so that terrorists and illegal Afghans could enter Pakistan without any checking. According to reports Afghan troops at the border have been receiving heavy money from those crossing into Pakistan without valid documents. The construction of the gate would stop the huge source of income for the border Afghan troops."

On Monday, tensions at the Torkham border escalated when Pakistani armed forces and Afghanistan's armed forces shelled each other's border territories. According to Pakistan, Afghanistan had resorted to unprovoked shelling as Pakistan was constructing a gate well within its side of the border to monitor illegal movement of people from Afghanistan into Pakistan.

Several people were injured in Monday's clash and reportedly, an Afghan soldier had also been killed.