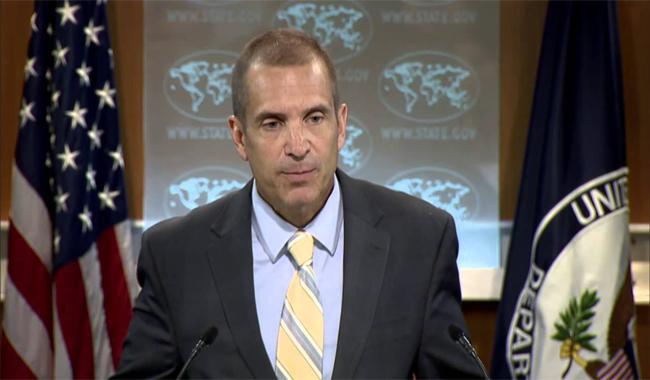 WASHINGTON: The United States of America has urged Pakistan to cooperate with the Indian authorities to fully investigate Mumbai attacks.

US State Department deputy spokesperson Mark Toner, in a daily media briefing on Thursday said, “Mumbai attacks were terrible tragedy. We continue to urge the Pakistani government to cooperate with the Indian authorities to fully investigate these attacks. US wants to see justice done and we continue to urge Pakistani cooperation.”

He said it’s an ongoing conversation that US had with the Pakistani authorities.

The spokesman said that the strike against Taliban chief Mullah Mansour was based on both his previous actions but also his intent to carry out additional strikes not only against Afghan forces, but against US military forces on the ground in Afghanistan, and the fact that he was not playing a productive role or any role in leading us towards negotiations or a peace process – or talks, rather.

He said the new Taliban leadership has an opportunity to engage – re-engage on peace talks, and hoped that they make that choice.