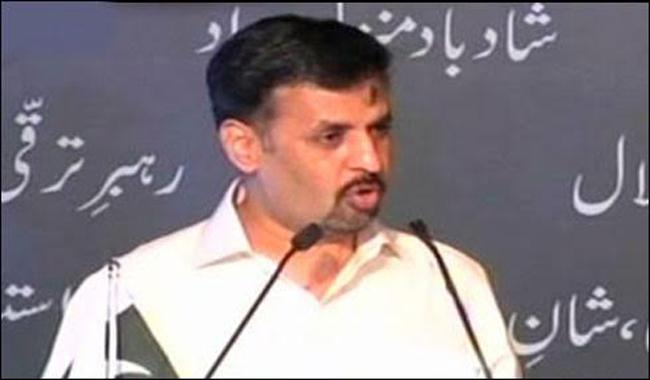 "Today, on  March 23rd we are laying foundation of nationalism.," he said before announcing name of his party at the end of a long speech, in which he outlined manifesto of his party that would be announced latter.

He urged the government to announce a similar package for youth of Karachi and Hyderabad as was granted to disgruntled elements of Balochistan. "I am not siding with anyone, but i will say nobody is born a target killer or an agent of RAW... somebody did make them killers," he said.

People are divided on the basis of their political affiliation. We (Pakistanis) take pride in identifying ourselves as members of a certain political party rather than calling ourselves Pakistanis, he said.

“I ask my supporters if you want to join us, then you must learn to respect our political opponents,” he said.

Pakistani stars head to north to 'reset' their mind

China asks US not to 'play with fire' over Taiwan visit