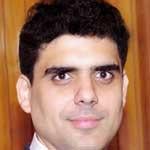 Around 1.5 billion people in the world have received a Covid-19 vaccine. Twenty-three million people are now getting jabbed each day. Vaccines for children age 12+ have been approved and approvals are expected soon for those as young as six months.

While demand continues to outstrip supply and distribution remains highly inequitable – countries with the highest incomes are getting vaccinated about 25 times faster than those with the lowest – having vaccines is a triumph of science and human endeavor. Consider:

A year ago, many medical professionals, WHO specialists and global policymakers were sceptical about the world ever finding an effective vaccine. Even optimists were convinced that the world was on the brink of doom since historically the average time for any vaccine to make it to market was seven years. The Covid-19 pandemic was being compared with the 20th century Spanish flu when over 50 million people perished. World GDP was also projected to shrink for several years.

Today we have over 14 authorized vaccines and dozens more in the pipeline. While efficacy rates range from 50-95 percent depending on the type of vaccine, all have been shown to prevent serious illness and death. This remains true for all known virus variants including the Indian and South African strains. Covid rates, hospitalizations and deaths have generally flattened or declined where vaccination rates are highest. While instances of new outbreaks remain even where the majority of the population is inoculated, the evidence is clear: new cases are concentrated amongst the unvaccinated. Data from the recent outbreak in the Seychelles for example shows that over 65 percent of those infected were unvaccinated.

We also know vaccines are safe. Since late 2020, the US has administered over 245 million doses. Over this period there have been 4,178 reports of death (0.0017 percent) among those who received a Covid vaccine. CDC and FDA physicians review each case report of death. A review of available clinical information has not established a causal link to vaccines. The evidence belies the recent brouhaha about blood clots. The odds of these events occurring are less than one in one million. For perspective, the chances of being struck by lightning are one in 0.75 million.

The only path to normalcy is vaccination. Unless we plan for this – and fast – we will have to go through periods of lockdowns, slowdowns and other forms of restricted activity with adverse impacts on employment and incomes.

As Pakistan braves the third Covid wave, where does it stand and what does it need to do regarding vaccine procurement, financing and inoculation?

A recent survey by the Duke Global Innovation Center placed Pakistan amongst the bottom three countries in the world in vaccine procurement. By not ordering early like many other countries did, Pakistan is now struggling to secure supplies in an exceptionally tight global market. It is also a regional laggard in vaccinations per capita. Comparators Bangladesh and India have vaccinated over 3.5 percent and 10 percent of their populations respectively versus less than 2 percent in Pakistan.

The reasons behind the slow roll-out of the vaccine include an overly risk-averse approach of government functionaries in placing orders – perhaps partly driven by fear of political victimization via corruption charges in the future; low Covid morbidity and mortality numbers; and an initial reliance on pledges made by GAVI/WHO, which failed to materialize.

Thankfully in recent weeks Pakistan has begun ramping up procurement and inoculation, with 20 million doses expected by June, and the daily vaccination rate has touched 200,000 recently. Given the immediate and foreseeable constraints on supplies, Pakistan will have to adopt a smart strategy that maximizes effectiveness of vaccine deployment.

The strategy must account for the morbidity characteristics of the virus where the evidence is clear: over 45s are the main risk cohorts for hospitalization and death, with risk rising disproportionately with age. The US, Brazil and India are the top three countries in Covid deaths. Over 95 percent of deaths in the US, 85 percent in Brazil and 88 percent in India are in these age cohorts. In Pakistan 90 percent of deaths are amongst the over 45s. Cases requiring hospitalization mirror these grim statistics. This is not to say that young people do not contract the virus or that some do not fall seriously ill but statistically the risk of serious illness and death is miniscule in the under 45s. One of the worst hit sectors, with the largest social costs is education. Students and teachers, therefore, must also be prioritized.

A six-point strategy: one, focus on the over 45s, post primary students, teachers and healthcare professionals in large cities where disease spread is highest. Out of a total of around 35 million people over the age of 45, less than 25 million reside in urban areas. Less than 20 million students are in secondary school and above. Teachers and healthcare workers total less than 5 million. This makes for a total of 50 million key target age cohorts for vaccination.

At a daily vaccination rate of 750,000 per day, within 100 days these target age cohorts can be fully inoculated. For context: India is averaging over 2.5 million inoculations per day and China 7 million. At a cost of around $15 per inoculation, the financing required for round one will be less than $750 million. Part of this can be raised through multilateral agencies like the World Bank and the remaining by domestic reapportioning. We must not rely on GAVI/WHO donations.

Two, the acquisition of single dose vaccines must be maximized and robust diplomatic efforts launched to procure vaccines from around the world. It is also imperative to ramp up local ‘fill and finish’ capacity, which can boost supplies while lowering costs. This will require public-private partnerships between NIH, DRAP, Ministry of Health and local pharmaceutical companies with bottling capacity and expertise.

Three, a mass public awareness and marketing campaign across media platforms. which must address vaccine hesitancy and debunk conspiracy theories especially on social media. Partnerships with SM platforms must be forged to do this.

Four, the BISP/EHSAAS programme and NADRA can be leveraged to make direct cash transfers to target age cohorts to incentivize vaccination. A payment of Rs500 will set the government back by less than Rs25 billion even if every target age cohort citizen is paid.

Five, vaccine passports are made mandatory for local and international travel; property and vehicle purchases; examinations; wedding functions and indoors dining. Heavy fines and blocking of CNICs can be imposed for violation especially on the sellers/organizers of these services.

Six, expand the vaccination programme to all age cohorts as vaccine supplies ease. It is also important to plan a vaccine booster programme given that efficacy is likely to last for up to 12 months.

The writer is an economist and entrepreneur.