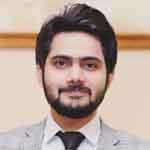 Pakistan has long been exploring ways to spotlight its geostrategic significance for the US and other Western powers for cooperation in areas beyond Afghanistan.

For about at least two decades, Pakistan has also tried hard to secure its western frontiers for enhancing economic interconnectivity with Central Asia. But the outcome has been less sanguine. And Central Asian Republics (CARs) also don’t rely on Pakistani ports for their trade with the Indo-Pacific countries.

While Pakistan keeps working on addressing those challenges, why doesn’t it act differently and reorient its foreign policy toward the Indo-Pacific region?

Pakistan tried doing that in 2003, when it announced the Vision East Asia and a year later joined the Association of South East Asian Nations (ASEAN) Regional Forum (ARF). It had already been the sectoral dialogue partner of ASEAN since 1993. Pakistani governments of the early 2000s kept pushing on to become a full dialogue partner, but progress on that front has marked time since the change of government in 2008-09.

Now, Pakistani officials refer to Vision East Asia only when they meet ASEAN diplomats and heads of states or commemorate any of the ASEAN national days in Islamabad. Besides, Pakistan’s engagement with the Indo-Pacific countries has remained incoherent, country-specific, and limited to personalities – as in the case of Malaysia’s former premier.

Pakistan needs perforce to act east so as to, more than anything else, enhance its strategic, military, economic, and diplomatic stature in world politics. Discourse and perception matter as much in the digitalized world politics as does reality.

This doesn’t mean Pakistani officials go to ASEAN countries and start demanding for a full dialogue partner status or a membership in the ASEAN Regional Cooperation for Economic Partnership (RCEP). These should be the goalposts on the journey ahead not the means. The means to reach the destination of exalted global stature is promoting Pakistan’s niche, or the universal selling propositions (USPs), in terms of its counterterrorism operational success, globally recognized Pakistan Navy’s exceptional maritime role and Pakistani Army’s contribution to the UN Peacekeeping force, the par-excellence military training and discipline, and high-quality defence hardware.

Like they say in cricket, just do the basics right. Stay on the crease, take your time, and you will attain the ultimate objective.

The first thing the government needs to do is organize diplomatic visits of the prime minister, the foreign minister, and the army and naval chiefs to the Indo-Pacific countries: Bangladesh, Sri Lanka, Japan, South Korea, Indonesia, Australia, New Zealand, Vietnam, Malaysia, Cambodia, Philippines, Thailand, Singapore, Myanmar, Maldives, Brunei, Bhutan, Nepal, and Laos. These visits should be done in a coordinated and coherent fashion, with a certain global media coverage.

The second is institutional links and agreements. If Britain, Japan, South Korea, Singapore, Australia, and the US can sign defence logistics exchange agreements with India, why not with Pakistan? China is not the only factor in everyone’s calculus. Nor should Pakistan consider India as a focus of these engagements. There are innumerable maritime issues that Pakistan has got strategic convergence with these countries.

For instance, Pakistan advocates the values of freedom and openness of navigation, maritime security, anti-piracy, humanitarian and disaster-relief operations, and counterterrorism in the Indo-Pacific. Pakistan Navy already performs these activities as part of the multilateral coalition, called the Combined Maritime Task Force, and an independent Regional Maritime Security Patrols (RMSP).

Reconstructing its defence and maritime discourse on these lines may help it acquire the coveted advanced intelligence, surveillance, and reconnaissance technologies and access to the geospatial data. Pakistan’s army and navy need to accelerate their defence and maritime diplomacy and invest in the promotion of their activities and achievements in local and global media. The pith and substance of the argument is that the political optics of Pakistan’s defence and naval logistics exchange agreements with countries like Japan and Australia would carry an enormous diplomatic impact. Discourse and perception matter as much in digital geopolitics as does reality.

Third comes economic diplomacy. In 2019, the World Bank rated Pakistan among the top ten business climate improvers, as the country progressed 28 points upwards in rank to 108 out of 190 economies. The Japanese External Trade Organization (JETRO) Survey Report in 2019 forecast the largest operating profit of over 68 percent for Japanese companies working in Pakistan, compared with 54 percent in India and 44 percent in Bangladesh. Over 60 percent of the Japanese companies expected business expansion over the next couple of years in India, Vietnam, Pakistan, and Myanmar, respectively.

Pakistan needs to build on the business confidence of the existing Japanese companies and attract investments not only from Japan but other Indo-Pacific countries also.

Japan has a program of Partnership for Quality Infrastructure (PQI). Pakistan needs to facilitate the Japanese investments under the PQI for improvement of the distribution and logistics network, especially one that upgrades the productive efficiency of the roads connecting Pakistani ports to Afghanistan and Central Asia.

Enabling a less costly and less time-consuming transit route for the CARs and the Indo-Pacific countries would be a gigantic achievement.

Moreover, orchestrate efforts toward mitigating the burgeoning demographic pressure within and potentially the returning labour force from the Middle East, by investing in their skill development and exporting them to Japan, South Korea, Indonesia, Australia, and other Indo-Pacific countries, exploiting the existing labour export agreements or forging new ones with them. These agreements will also help earn foreign exchange reserves and reduce the account deficit.

Pakistani embassies, the Foreign Office, and the commerce ministry need to increase inter-departmental coordination and focus on internationalization of the local industries to make them export-oriented, and foster productivity and international competitiveness.

All told, Pakistan needs to act fast and reorient the country’s foreign policy toward the Indo-Pacific and enhance not just economic development and inter-regional connectivity, but also its diplomatic and military heft globally.

The writer is a research associate at the Center for International Strategic Studies (CISS), Islamabad.