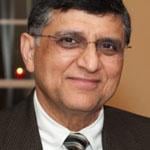 Donald Trump decided to relaunch his presidential campaign in Tulsa, Oklahoma on June 19th, 2020. June 19, also known as Juneteenth, celebrates the end of slavery in America, about 150 years ago.

A few decades later, formerly enslaved blacks had managed to build a thriving community in a place called Greenwood on the outskirts of Tulsa. Here they had reached a level of prosperity that caused this place to be called the Black Wall Street. Sadly, this island of black prosperity was turned into ashes when white mobs attacked and killed 300 Blacks and burned down over 1,000 homes in the year 1921.

The fact that Trump chose this place, and this date to reboot his campaign was perhaps a signal to his supporters about what he thinks of reconciliation with the aggrieved black community.

The history of systemic anti-black racism in America goes deep. Following abolition of slavery in 1865, four million black slaves, with no assets, no money, no land and mostly no education were pushed out onto the streets by former slave owners. They had each been promised 40 acres of land so they could find a way to sustain themselves.

Four months after the conclusion of the American civil war, Abraham Lincoln was assassinated and his successor Andrew Johnson, a slave owning racist, reneged on this promise to former slaves. Many of these recently emancipated people were brought to the brink of starvation, ultimately going back to the employment of their former owners. This treatment continued for many generations, effectively ensuring that the black community could not easily stand on their own feet.

Just as many European nations had enriched themselves through the labor of slaves, the landed aristocracy of America continued to enrich itself, well after the abolition of slavery.

This history of anti-black plunder and vandalism is lost on many immigrants of my generation, who came here like I did, in the 1970s, 80s and 90s. We came here for higher education or already with professional degrees in hand. We were doctors, engineers, MBAs and such.

The country needed our professional skills, and we weren't going to make any claims for historical wrongs. Thus, Asian immigrants came to be called a “model minority”.

Quite oblivious of the history of racial injustice in America, we set about establishing ourselves professionally and economically. We didn’t understand or appreciate how the civil rights struggles of blacks in America had facilitated our economic success.

It is quite common to hear in South Asian gatherings comments like “if we Asians can succeed here, why can't blacks do it”, implying that something is wrong with the race itself. The ignorance and arrogance behind such a comment attests to how ill-informed many of us were and continue to be.

An immigrant from Pakistan or India who comes here with a medical or engineering degree in hand, paid for by parents or a taxpayer subsidized education system, can hardly be compared to poor blacks in America struggling to get out from underneath generations of poverty, relegated to underfunded, failing schools and with no family wealth to fall back on.

All of this history, and the weight of systemic injustices against blacks seems to now be hitting the collective conscience of the nation. “This time it feels different” is a commonly heard phrase these days. There is even talk of reparations owed to the descendants of slaves.

American governments, over generations, have systematically held back their black citizens from making financial progress. I can't say if the country is prepared to make amends, but until it makes a sincere effort, it will not find peace within itself.