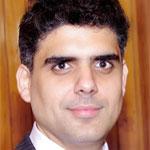 Over the seven months since Covid-19 was discovered and has spread across the world, a large amount of data has been collected on the morbidity, mortality and infection profile of the virus.

As countries around the world – including several where daily death tolls exceed Pakistan’s – reopen schools, it is instructive to examine the evidence regarding the health implications of doing so.

The evidence is clear: the mortality rate in young people, especially those under the age of 23, is statistically insignificant. A new study by Cambridge University statisticians shows that the chance of anyone under the age of 15 dying from Covid is 1 in 3.5 million. To put this number in perspective, the probability of being struck by lightning is 1 in 700,000. Children also tend to get less sick from the virus than adults.

A recent Health Advisory by Unicef makes clear that children who do get infected generally show mild symptoms and recover well. In addition to low mortality and morbidity, children are also weak vectors – their capability of passing on the disease to others is much lower than adults.

One reason for the absence of infections could be that children have fewer of the receptors the virus uses to enter the body, according to Prof Herman Goosens, the coordinator of an EU Task Force on Covid-19. According to Goosens, children account for less than one percent of infections. Recent evidence from Germany, Denmark, Finland and France, where schools have reopened, is instructive. No statistical correlation has been found between the reopening of schools and the Ro or infection rate in these countries going forward. Nor did significant infection clusters emerge in communities where schools have reopened or in schools themselves. Prof Goosens’ advice is to bring children back to school. This is echoed by the executive director of Unicef, who wrote, ‘‘the risks of keeping schools closed outweigh the health risks caused by the pandemic.’’

Parents and students here are also listening and watching. A recent Gallup Poll in Pakistan has 74 percent of respondent parents in favour of school reopening. We also have examples of student protests as they see their educational prospects suffer and their chances of upward mobility shrink. June 29 marks 108 days since schools, academies and universities have been shuttered across the country. While Pakistan has reopened most other parts of economy and society, the education sector remains under lockdown.

The medium-term implications of a continued closure of educational institutions in particular schools are dire.

Of the almost 50 million children in school, two out of every five attend private school. This makes Pakistan one of the few countries in the world where the private sector accounts for such a large proportion of the education system. Over 85 percent of the almost 200,000 private schools that dot the length and breadth of the country are low cost institutions (fees of Rs2000 per month or less), and most function from rented premises. Therein lies the rub: prolonged closures such as the one we are experiencing mean fee incomes for most low cost schools dry up, while recurring costs such as teacher salaries and rent continue to pile up.

While a sliver (less than five percent) of elite private schools will likely weather the Covid pandemic, the end outcome for the sector is foretold: permanent closure as schools go bankrupt. Recent evidence suggests that the process is underway. The All Pakistan Private Schools Federation estimates that almost 10 percent of schools have already gone under, with more in the pipeline. Unlike other industries, which can be setup relatively fast, constituting human capital intensive and trust heavy businesses like schools takes several years. We face the stark prospect of children not having schools to go to when the government eventually decides to reopen education.

A multitude of evidence, including a recent study by Unesco, suggests that even a few weeks out of the classroom have a severely regressive impact on learning outcomes. The impact is magnified for younger children for whom a few weeks of lost lessons can mean a setback of several months in terms of numeracy, literacy and reasoning skills. In a situation where academies and coaching centers also face an existential crisis in the face of prolonged closures, we are confronted with a double whammy: a worsening of the crisis of learning and a deepening of the crisis of education.

Online education has been an extremely poor substitute for the actual classroom, particularly for school children. This is so even in countries with advanced digital infrastructure and wide access to the internet. In Pakistan with per capita income of $1271, an average of 3-4 children per household, and high-speed internet penetration of less than 30 percent, online schooling remains a pipe dream. The online schooling provided by a small cohort of elite schools, while ineffective, only serves to widen the educational apartheid between the privileged few and the teeming multitudes.

While the government has launched a laudable initiative of teleschooling it remains limited in outreach and effectiveness, particularly given the fact that many students do not have home environments where parents have the educational skills to supplement the learning of students at home.

The WHO and the UN have published guidelines for the safe reopening of schools. Pakistan must draw on these and begin to reopen by adopting now tried and tested SOPs including: temperature checks; two school shifts, which will halve class size and allow for social distancing in classrooms; cutting out breaks and non-essential lessons; mandatory mask wearing; frequent use of sanitizers and an awareness programme for students on the importance of these SOPs. The latter will also help in reinforcing safety outside of school.

In a country where even in the best of times almost 22 million children remain out of school, continued school closure will result in an educational and social disaster that will take generations to repair. Governments are risk averse – and rightly so. However, they must not ignore the evidence that education is amongst the lowest-risk sectors. They must take heart from what the world is doing and what people across Pakistan are telling them.

And above all they must demonstrate leadership for that will determine – in this once in a lifetime crisis – whether Pakistan sinks deeper into the abyss of ignorance and its attendant miseries, or emerges stronger.

It is time to reopen education.

The writer is an economist and entrepreneur.