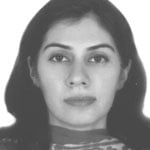 What ails the bureaucracy?

The task force of Dr Ishrat Hussain has recently proposed to wrap up the central superior services (CSS) and replace it with specialized civil service in a bid to carry forward the government's agenda of civil services reforms. They intend to ensure that candidates with specialized qualifications join specialized streams or clusters to enable a specialized bureaucracy with a specific set of skills and knowledge.

The contours of the proposal, submitted for the cabinet’s consideration, are not very clear particularly when there is specialized training conducted for civil servants when they are recruited, beginning with the specialized training exams in many technical, financial, administrative and law-related subjects pertaining to that group besides ample opportunities on-job training. A hands-on experience adds value further. Moreover, there are civil servants who have acquired foreign education in specialized subjects during the course of their careers. What is needed is to promote and utilize adequately the skill set of such a specialized team of bureaucrats by placing the right person in the right job and awarding them technical assignments according to their expertise.

More than the recruitment process, reform is needed on improving the mindset which develops on the job when the bureaucrat begins to flex his muscles. Here it will be a point of much concern whether the proposed method of recruitment or any other initiative laid by the team in due course will help address the major challenges plaguing the fabric of bureaucracy today.

Civil servants are the administrators of the day-to-day affairs of their departments, custodians of state resources, and providers of public service to citizens. But are they really inclined towards addressing the public’s problem? Elite services like the Pakistan Administrative Services and the Police Service of Pakistan keep a detached attitude from the public and that is why people in general approach politicians to get their work done because they are hesitant to approach bureaucrats due to the latter's indifferent and inaccessible profile. The response of the same bureaucrat is entirely different when the problem of the public is referred by the politician whose patronage they need throughout their careers. This patron-client relationship becomes all the more important to protect the long-term interests of the bureaucrats which include prized postings and lucrative projects, career stability and progression, perks and privileges. Political regimes are hence cultivating a breed of loyalist bureaucrats than the much-needed rational-legal bureaucrats.

Officers with integrity who have courage to disagree with their political bosses may have to bear the pangs of frequent transfer and wait endlessly for good postings in disregard of merit. Thus it is a dilemma that Pakistan on the one hand has many honest, competent but marginalized bureaucrats while on the other it has a great number of dishonest and successful ones who possess the right acumen to maneuver their way up the ladder through covert patronage by their immediate bosses and political bosses. Such a stark nexus has affected public service delivery adversely as well as demoralized upright civil servants.

Power corrupts and absolute power corrupts absolutely. Bureaucrats represent powerful institutions vested with discretionary authority. This authority coupled with discretion with little or no accountability tempts people towards misuse of authority. As a consequence, there is virtually no sector in the country that is untouched by corruption today from top to bottom. An audit and tax matter cannot be finalized without a bribe, no FIR registered without a bribe, no land record obtained without a bribe, no investigation completed without a bribe, no development project executed without kickbacks, no import/export clearance without bribe, even routine files move quickly on wheels of bribe. There is this toxic notion implanted in the mind of a bureaucrat that he has a price that the public must pay. Years of neglect has hardened it into a dominant culture and it has become so firmly embedded and accepted as part of the system that in one sense it ceases to become corruption and merely becomes a different set of norms that define the way the state’s bureaucracy operates.

Their desire to remain at par with their professional peers in the private sector drive bureaucrats to indulge in illegal means of amassing money through rent-seeking, corruption and the misuse of public funds. Most of them are owners of bloated assets, including numerous plots, grand houses, and shares in business etc. These are institutionalized means of supplementing income from a meagre salary without remorse or guilt. This represents dishonest work ethics which corrodes the fabric of the organization. Is this not equally, if not more, a cause of action?

More than recruitment it is on-job training, performance evaluation and accountability that need the focus of reforms to weed out corruption, discourage politicization, and undo negative attitudes of the bureaucracy. Change is always welcome. If it is the phenomenon of ‘creative destruction’ (replacing the old with the new) then with innovation comes efficiency and productivity by challenging the traditional power structure. For example, the Industrial Revolution eroded the traditional economic privileges of the landed aristocracy and challenged their political monopoly in the process of creative destruction. It is hoped that the ongoing civil services reforms would also challenge the notoriously embedded power structures and reduce centres of influence, to give way to merit and service -oriented work ethics.

The writer holds an LLM degree ininternational economic law from the University of Warwick.