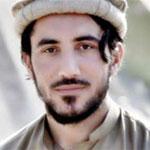 The protest of the Pashtun

Our journey began in pitch darkness. I came of age at a time when my family and our entire community, the Mehsud (locally called Maseed) tribe, was forced to leave our South Waziristan homeland during a massive military offensive in 2009. Everyone I know among the estimated half a million Mehsuds has lost at least one loved one to Taliban bombs, airstrikes or artillery shelling.

In seeking a way out of this morass, I began organising volunteers a few years back with like-minded college friends. Our aim was simple: protect our people. We called our organisation the ‘Mehsud Tahafuz Movement’ – the movement for the protection of Mehsuds. Soon, we faced the might of the state for raising our voices for a people who had been forced to abandon their homeland for eight years. We were harassed, abducted and kept in unlawful detention.

Over the past two years, some members of our tribe have returned to villages and valleys infested with landmines which too often blow up our children and maim our adults. A militant attack or any disturbance near a village or community can lead to the mistreatment and humiliation of civilians. While officials have been heralding their counterterrorism successes and praising the bravery of Pashtun residents of South Waziristan and the rest of the Federally Administered Tribal Areas (Fata), they have turned a blind eye to – and hence perpetuated – the misery, humiliation, exploitation and subjugation that we have been enduring.

Sacrifice, under any legal regime and culture is voluntary. But in our case, there was a policy to sacrifice us at the altar of so-called strategic interests via terrorist groups allowed to operate in our homeland. Our villages were then bombed and our people forced to leave their homes in the name of counterterrorism operations. Thousands of our youth were detained unlawfully or became victims of enforced disappearances. Most of our prominent tribal leaders, many clerics, politicians, and youth leaders were targeted in assassination campaigns. The state has failed to arrest and prosecute a single perpetrator of such crimes in Fata – and very few in other neighbouring Pashtun-inhabited regions, such as Khyber Pakhtunkhwa and the northern districts of Balochistan.

The bitter reality of literally all counterterrorism endeavours in our homeland is that they may have barely achieved any tangible results. The fear is that the operations failed to cause lasting damage to terrorist networks; instead, locals allege that these operations have collectively punished and humiliated the Pashtun public of these areas.

For example, the residents of South Waziristan and neighbouring North Waziristan tribal agencies were forced to acquire Watan or homeland cards. While all Pakistani citizens carry national ID cards, these special identity cards required applicants to be cleared by all intelligence agencies. Even after acquiring a Watan card, the residents of Waziristan were subjected to endless searches, waits and humiliation in the name of the very security that they still do not have.

For decades, millions of Pashtuns in Fata and elsewhere have sought shelter in Karachi, the major cities of Punjab such as Rawalpindi and Lahore, and the federal capital Islamabad. This migration has been massive during the last fifteen years because state and non-state actors have continued a veritable reign of terror. But even as our helpless people sought shelter in these places, they were subjected to stereotyping, harassment, terror, mayhem and extra-judicial murders. Karachi, which now hosts the largest Pashtun urban population in the world, turned into a slaughterhouse for many of these people seeking safety in their own country.

Naqeebullah Mehsud, an entrepreneur and an aspiring fashion model, was one of the numerous Pashtun victims in Karachi. His murder was allegedly orchestrated by the notorious police officer Rao Anwar in a staged gun battle by the latter’s death squad. Minutes after the news of his brutal murder went viral, thousands of his Facebook friends and followers knew that police claims about his terrorist ties were a cover for state brutality. The photographs of a sharply dressed handsome aspiring young model were a testament to his innocence.

Although we had already decided to hold a protest sit-in in Islamabad, it was Naqeebullah’s extra-judicial murder that gave us a powerful impetus. We concluded that the rulers occupying seats of power in Islamabad and Rawalpindi would never heed our sorrows and protests if we remained in our local areas only. We had to take our grievances to their doorstep. In late January, we began our journey from Dera Ismail Khan in southern Khyber Pakhtunkhwa and decided to visit most major Pashtun settlements en-route to Islamabad in the north. Our journey busted many myths. Growing up, we had heard that Pashtuns could not be united and that that they were not capable of confronting and changing what afflicted them.

But everywhere we went, we were welcomed with open hearts and open arms. Our sorrow was felt and shared as we met parents kept alive by the hope of one day seeing their forcefully disappeared sons. Like us, many we met had lost their loved ones in senseless terrorist attacks and military sweeps ostensibly aimed at countering militants. They were traumatised by the fact that, despite being the worst victims of terrorism, they were perceived to be guilty in perpetuating the very crimes that had rattled their world. Our situation is best expressed by the Pashto proverb ‘Marr hum za yum, parr hum za yum’ – it’s ironic that Pashtuns were massacred in droves but blamed for it too.

Thus, the Pashtun Tahafuz Movement, or the movement for the protection of Pashtuns, was born even before we set foot in Islamabad.

From the onset on February 1, the country’s media ignored our peaceful sit-in protest in front of the press club in Islamabad. Despite reluctance and reservations, the conviction of our youth and the mass appeal of our rightful demands compelled Pakistan’s civilian and military leaders to acknowledge our grievances. We only postponed our protest for one month on February 10 when our demands were accepted in writing by the government. Numerous residents of the federal capital told me that they had never seen such a peaceful and democratic gathering where women, minorities and people from all walks of life and political shades participated.

In the ensuing days, we saw some steps to address our demands. Scores of victims of enforced disappearances have been united with their families. Our organisation has so far received the names of more than 4,000 people who have disappeared. This list is growing every day. However, this number alone testifies to the great tragedies our people have endured.

But what is more encouraging is that the Pashtun public has woken up. Our people are no longer prepared to live as second-class citizens. Protests in Bajaur, Swat, Zhob, Waziristan, Kurram and elsewhere have a loud and clear message for the state. We have buried enough of our innocent loved ones. We are determined that nothing short of absolute peace, dignity, freedom and prosperity willsatisfy us.

I am often told that I need to read the history of Pashtun people extensively to draw the right lessons from it. I, however, say that we have set out on a path to make a new history of our own, a history our future generations will be proud of. Our movement arose from within society; we know our pain and have the right prescription to treat it. The long night of terror and oppression must end with the onset of a bright morning of peace and prosperity.