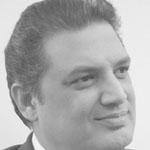 The Sharifs and the religious right

Political alarm bells have begun to ring after the recent secondary dissection of the rightist vote bank into sectarian divisions after a period of 40 long years. It was in 1977 when the leftist and rightist split (PPP and anti-PPP) came into being and the trend continued, nuanced, for four decades.

Political divides in a polarised society are natural but when politics is engineered for certain vested interests it becomes disastrous. Such sinister interference in 1979 had the unkindest cut of all on the political and social fabric of the country. To counter the PPP in the 1980s two ethnic and sectarian groups – the Mohajir Qaumi Movement and Sipah-e-Sahaba, respectively – were encouraged. After four decades of this innocent mischief we can still feel the heat of that interference. This resulted in a Shia-Sunni conflict as well as Mohajir-Sindhi rivalry, and bloody clashes between Mohajirs and Pakhtuns. Hundreds were killed in Mohajirs’ clashes with the Balochs and the Pakhtuns. Despite this blunder, which kept the country bleeding for four decades, again two groups with a rather aggressive background have been allowed to enter the political arena on the behest of our cruel strategists. In the 1980s, the target was the PPP but in 2017 the goal was to reduce or disperse the vote bank for the N-League.

Political realities have also changed in the last four decades. The sad political demise of the PPP and the emergence of the second rightist party, the PTI, after the PML-N had confused the rightist vote bank. Now the rightist voter has no fear of a PPP victory and is not bound to support the PML-N at any cost to save his right-wing ideology. Now he has another right-wing option in the form of the PTI. And the religious right found the new aggressive religious groups – the Tehreek-e-Labbaik Pakistan and the Milli Muslim League as per their sectarian aspirations.

It is no secret that Pakistani society is segmented into     the Deobandi, Barelvi, Shia and Ahl-e-Hadith schools of thought. Though all these sects already have their representative political parties, people have been hardly ever motivated by their own sect’s leadership in case of electoral politics and they have usually voted for          major political parties of their own free will. But this time in NA-120, almost 15,000 people followed sectarian leaders in their choice of vote.

The Sharifs have had a role to play in the mishandling of the religious card too. There were times when the patriarch of the family, Mian Muhammad Sharif would send awami suits and a pack of Butt sweets to 100 imams of Lahore’s mosques. He successfully managed cordial relations with two top rival Deobandi and Barelvi seminaries: Jamia Naeemia and Jamia Ashrafia. This deep relationship worked well even in this (NA-120) by-election as Jamia Ashrafia’s Asad Obaid, Hafiz Khalid Hassan and Jamia Naeemia’s Mufti Raghib Naeema worked day and night for Kulsoom’s victory.

The Sharifs are a monolithic family with strong Barelvi thoughts – with the exception of Abbas Sharif who was Tablighi Deobandi and Hussain Nawaz Sharif who seems to have a tilt towards Saudi Ahle Hadith beliefs. All family members are religious, ritualistic and practising Muslims. Though Mian Nawaz Sharif is shifting his political ideology towards liberalism, the family is still dominated by the religious right ideology.

In the times of the elder Mian Sharif, the family had diligently worked on the religious right. They had worked so smoothly in fact that the Shia Tehreek Nifaz Fiqah-e-Jafria had supported them in the 1997 elections. But after the Sharifs’ exile, the Shia community had other thoughts.

The Shia community has been unhappy with the Sharifs since 2008 because of the perception that Shahbaz Sharif’s Punjab government had links with some anti-Shia sectarian organisations. Rumours of Malik Ishaq’s secret support of the provincial government and stories about Rana Sanaullah’s meetings with Maulana Ludhianvi and other militant leaders also created a perception of there being a tilt towards anti-Shia elements. On their part, the Sharifs didn’t bother much to fill this developing chasm because of their overconfidence. The majority of the Shias now follow Wahdatul Muslimeen whose leader Raja Nasir Abbas announced support for the PTI in the NA-120 by-election.

Though the Sharifs are said to be Barelvis, their total disinterest in finding those involved in the Data Darbar blast infuriated the aggressive Barelvi ulema. That, coupled with the execution of Mumtaz Qadri, led to the Barelvi ulema openly revolting against the Sharifs. The TLP is the manifestation of the angry Sawad-e-Azam; its firebrand leader, Maulana Khadim Rizvi, is expressing the pent-up emotions of this school of thought. Khadim Rizvi, a proud Awan of Pindi’s Ghep District Chakwal was a prayer leader at the Pir Makki mosque Lahore but the pro- Mumtaz Qadri movement cost his job and he became a political volunteer of the cause and started openly challenging the Sharifs.

In the last days of the by-election campaign, the Sharif camp realised the Barelvi anger and put Capt (r) Safdar, himself a staunch Barelvi and a supporter of Mumtaz Qadri, into the field to pacify the angry Barelvis. Safdar,,also an Awan from the Hazara division, clad in a rustic cotton shawl tried to look like an ordinary Hazara villager and delivered speeches in favour of Mumtaz Qadri but in the end begged for a vote for his mother in law.

The case of the Ahl-e-Hadith school of thought is the most interesting. The Sharifs have gradually developed a strong allegiance to Maulana Sajid Mir and have made him senator as well. Sajid Mir is respected by his sect but the most popular among this sect is Hafiz Saeed, a UN-declared terrorist. Hafiz Saeed had been neutral in politics and focused all his energies on jihad in Kashmir. His supporters voted for the Sharifs in the past because of their rightist and religious stance but this time they revolted against them for their perceived pro-India leanings and anti-jihad narrative.

A deeper study shows that the Milli Muslim League wants to get amnesty for Hafiz Saeed – like Afghan leader Gulbuddin Hikmatyar. The MML also has reservations against the Sharifs’ decision to register an FIR against those involved in the Pathankot incident. They had expected to be treated like Jaish-e-Muhammad leader Azhar Masood who has repeatedly been saved through Chinese vetoes in the UN on the behest of the Pakistani state. Hafiz Saeed’s Jamaatud Dawa has come into politics to be a mainstream force and as a pressure group to the other political parties. They are expecting to replace the Jamaat-e-Islami altogether and get a share from other national parties, including the N-League. They claim that their politics will be nonviolent and non-sectarian. One has to wait and see how truthful these claims are.

Though the engineering of the religious right could not defeat the PML-N in the NA-120 by-election, it can pave the way for violent religious politics – which will be harmful for the state.

The writer is a senior journalist.