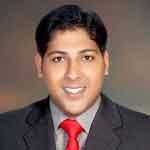 Security agencies were said to have arrested two central leaders of banned militant outfit Ansarul Shariah Pakistan (ASP) in raids conducted in the Quetta and Pishin areas of Balochistan late on Wednesday night.

The suspects were identified as Mufti Habibullah and Prof Mushtaq, a former Karachi University teacher. Mufti Habibullah had been running madrasas in Karachi and Hyderabad under the umbrella of the Tanzeem-e-Islami, security officials told The News.

Campus Security Officer Muhammad Asif confirmed that Prof Mushtaq was a teacher at the University of Karachi’s Department of Islamic Studies, but he left the varsity. Investigators looking into connections between the ASP and other terrorist groups have established that terrorists associated with this outfit, as well as with the Islamic State of Iraq and Syria (ISIS) and the Al-Qaeda Indian Subcontinent (AQIS), are from the Tanzeem-e-Islami (TeI).

A revelation that the ASP, a newly emerged banned outfit, has in its ranks highly-qualified terrorists from ISIS, commonly known as Daesh, has set alarm bells ringing in certain quarters.

Investigators got a clue after the killing of an alleged ASP shooter, Hassaan, in an encounter in Buffer Zone when he was fleeing after making an assassination attempt on Sindh Assembly’s Leader of the Opposition Khawaja Izharul Hassan on September 2, and the escape of injured ASP leader Abdul Kareem Sarosh Siddiqui after a shootout with Malir SSP Rao Anwaar Ahmed and a spy agency team in Gulzar-e-Hijri on September 4.

An independent investigation by The News has shown that officials investigating the emergence of the ASP have changed the angle of the probe after it transpired that the banned outfit had highly educated terrorists from organisations like Daesh.

Keeping this disclosure in view, the investigators have decided to look into possible connections between the ASP and Daesh and AQIS. It has been decided that the arrested suspects of Deash and AQIS would be questioned to ascertain any links between the terrorist groups.

The incharge of the Counter Terrorism Department’s (CTD’s) Transnational Terrorists Intelligence Group, Raja Umer Khattab, told this scribe that that the terrorists associated with ASP belonged to the Tanzeem-e-Islami.

He clarified that he did not believe that the ASP and Daesh were the same because there were many differences between the two groups. Elaborating his viewpoint, Khattab said Daesh had a big network and high-profile targets, whereas the ASP was a small group and targeted low-profile cops in Karachi.

Khattab said the ASP became known through the media following the discovery of its pamphlets from the sites of its attacks just what Daesh did, but there was no comparison between these two terrorist groups.

The CTD, which was struggling to trace ASP terrorists amid an increasing number of attacks, has heaved a sigh of relief after the identification of its shooters.

CTD chief Additional Inspector General (AIG) Dr Sanaullah Abbasi was concerned when the ASP carried out three attacks in August. Two cops embraced martyrdom when a group of ASP shooters opened gunfire at a police van in Dhoraji in its first attack on May 20.

Four policemen embraced martyrdom in the ASP’s second attack in the SITE area on June 23. The banned outfit carried out three attacks on law enforcers in August.

In its first attack in August, Karachi Traffic Police DSP and a constable embraced martyrdom in Azizabad on August 11, and on August 17 two volunteers of the Karachi police were martyred on the Northern Bypass.

Two guards of the Federal Board of Revenue (FBR) were martyred in an ASP’s attack on the FBR’s regional office in Gulistan-e-Jauhar on August 28. Speaking about the three attacks in one month, AIG Abbasi told The News that the investigators failed to trace the ASP shooters’ team.