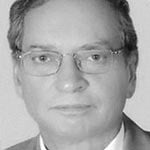 The annual plenary session of the Nuclear Suppliers Group (NSG) held in Seoul in June this year failed to achieve a consensus regarding the entry of non- Nuclear Non-Proliferation Treaty (NPT) signatory countries. This was followed by an informal session in Vienna in November which also failed to agree on the criteria to be applied for membership into the cartel. The November meeting was held at the initiative of Special Envoy Rafael Grossi, mandated by the NSG chairperson to develop a consensus regarding the entry issue but the moot remained elusive. Actually, the NSG remains deeply divided on this matter.

As a result, the avowed plan of the US and other like-minded countries to induct India alone into the NSG was thwarted by the larger membership which required that a set of conditions be met for such an entry. In the June meeting, a significant number of members took the position that aspirant countries for membership must adhere to the NPT. China has been the lead country in requiring the fulfilment of certain conditions, but others like Turkey, New Zealand and Austria also took the same position.

In Vienna in November, China laid out a two-point approach for accession to the NSG – one to find a solution applicable to all non-NPT applicants through consultations and, two, to discuss admission of specific non-NPT countries into the NSG. The Chinese delegation also pointed out that ‘the solution should be non-discriminatory, applicable to all non-NPT members and must not damage the core value of the NSG as well as the authority, effectiveness and integrity of the NPT’. Others also insisted NPT be adhered to. Reportedly in the Vienna meeting, a total of nearly 12 members raised such issues while another 12 supported, on US prompting, India’s sole entry even though Pakistan is also an applicant for membership. The remaining 24 members did not seem to have taken a categorical position either way.

The background story of Indian and Pakistani quest for NSG membership is well-known. It all goes back to the special treatment given to India by the US in 2008 when the latter granted the former a nuclear deal despite the fact that India was not a signatory of the NPT. At that time the US also moved the NSG to give India a waiver whereby it obtained all benefits of trade in nuclear technology and material available to NSG members. Under this waiver, India contracted civil nuclear cooperation agreements with other countries of the group and was also able to sign deals with French and Russian companies to acquire nuclear power plants. This also led to Indian aspiration to acquire formal membership of the cartel. However, its bid for membership has remained unsuccessful for all these years.

In May this year, Pakistan also applied for NSG membership. Being non-signatories of the NPT, Pakistan and India are aspiring to gain membership of the cartel but, unlike India, Pakistan does not enjoy a waiver.

It is now reported that Ambassador Grossi, in a new effort to get India’s entry into the NSG expeditiously and break the logjam in this regard, has proposed a formula for dealing with India and Pakistan’s applications. Under the new blueprint, a set of conditions favourable to India would be formulated and the NSG chairperson would write to the two non-NPT applicants to convey to them the grounds on which they feel they are eligible for NSG membership.This would enable him to show to the NSG members that India met the conditions laid down under the formula. But the rubric does not have the approval of the entire membership. Nevertheless it would serve to show India’s greater eligibility in a contrived postulate.

It is also reported that China, Turkey, New Zealand as well as some other members do not agree with this course of action but the chairperson may, perhaps under the pressure of the US and its allies, proceed to take this action notwithstanding its arbitrariness. If such a step is taken, it would be a manoeuvre to induct India into the NSG without full and proper consensus as required under NSG procedures.

In all likelihood, the proposed formula for getting India the advantage over Pakistan would be to cite the grant of NSG waiver to India under the Indo-US nuclear deal. Actually, this waiver was in clear violation of NSG rules and a result of blatant political pressure applied by the then US administration on NSG member states. American diplomats were quoted at the time (2008) as saying ‘Condoleeza Rice (then secretary of state) made at least two dozen calls to lean on allies to allow for the India-specific waiver’. Thus, to use this waiver to smuggle India into the NSG now would be a great travesty of the international nuclear regime. The Grossi formula and the chairperson’s initiative in using it to give India NSG membership would be grossly unfair and discriminatory.

Pakistan must be wary of this move. In fact in order to stop the NSG chairperson from acting brazenly in favour of India, Pakistan could simply take certain steps to improve its eligibility for membership. It has already signed and ratified the Convention on Physical Protection of Nuclear Material (CPPNM) and its Amendment. It could also consider signing an additional protocol with the IAEA and perhaps announce a separation of its civil and military nuclear programmes.

These steps are doable, will not affect our core position on nuclear matters and could considerably improve our eligibility for NSG membership. If the NSG opens its door for India, it should be obliged to do it for Pakistan too.

The writer is the executive director of the Center for International Strategic Studies.