Nothing will keep the stars from pouring into the French Riviera for the ongoing 69th edition of the Cannes Film Festival.

Edgar Ramirez, Robert De Niro and Usher at a Hands of Stone photocall

Instep looks back at stories dominating the conversation at the prestigious film festival.

Nothing will keep the stars from pouring into the French Riviera for the ongoing 69th edition of the Cannes Film Festival. Scheduled to take place from May 11 to May 22, the festival is only halfway through and is still playing host to some of the biggest actors in the world.

Earlier this week, legendary actor Robert Di Niro was honoured with a tribute at Cannes. Festival director Thierry Fremaux remarked onstage that Niro is “part of history”. The 72-year-old, who has starred in films like The Godfather III and the more recent Limitless, let the clips from his films do most of the talking. “As I have said many times, ‘Thank God for the French,” said De Niro onstage. “It’s a great honour to be honoured here in Cannes.”

The tribute also included the premiere of Di Niro’s new film, Hands of Stone which, according to reports, was embraced by those who saw it and brought tears to the eyes of the famed actor. 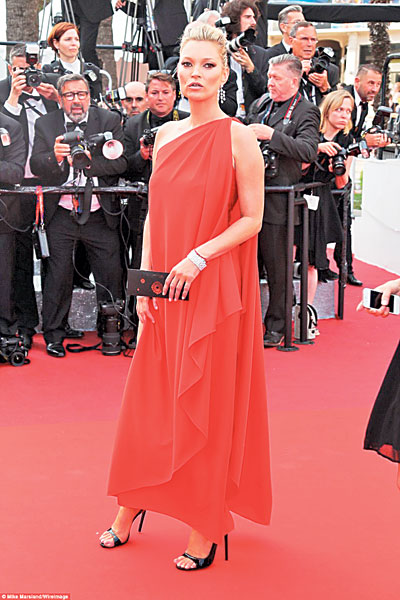 Cannes, though a prestigious film affair, is as much about fashion as it is about the films. Over the years, the festival has seen attendance from fairly famous fashion icons such as Naomi Campbell, Kendall Jenner and many more.

Though this year’s edition pulled in  Bollywood  stars like Aishwarya Rai-Bachchan and Sonam Kapoor, when it came to fashion, the night belonged to Kate Moss (who looked absolutely divine in an asymmetrical red toga-style dress) who turned heads while attending the screening of Loving. The English supermodel, 42, making her first appearance in 15 years, was accompanied by younger sister Lottie, who also moonlights as a fashion model and recently landed her first Vogue cover.

Also making a mark at this year’s festival was actress Marion Cotillard, who is known for her many knockout performances seen across a wide variety of films. She is back with a new film called From the Land of the Moon. The feature, an adaptation of Milena Agus’s novel, is set in post WWII in which a woman trapped in a loveless marriage falls for another man. 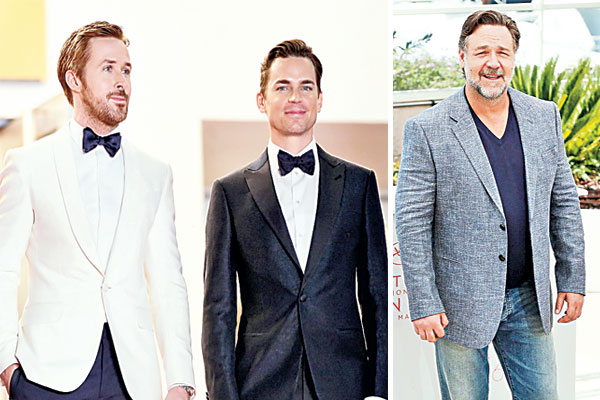 Ryan Gosling and Matt Bomer look suave in their tailored suits as they hit the red carpet for the premiere of their new film,The Nice Guys. The boys are joined in the film by actor Russell Crowe, seen here for a photocall of the film.

Besides Jodie Foster’s Money Monster and Cottilard’s From the Land of the Moon, one other film that made people sit up and take note was the Shane Black film, The Nice Guys, a mystery-crime drama with an A-list cast that includes Oscar winner Russell Crowe as well as Ryan Gosling and Matt Bomer in pivotal roles. The Nice Guys crew caught attention, thanks to their suave appearance on the red carpet.

Within Cannes, the one event that did get noticed was the recent super exclusive Vanity Fair party which pulled in stars like Kirsten Dunst, Kate Hudson, Russell Crowe, Leonardo DiCaprio, Tobey Maguire, Salma Hayek, Jodie Foster, Heidi Klum, Mick Jagger and many more.