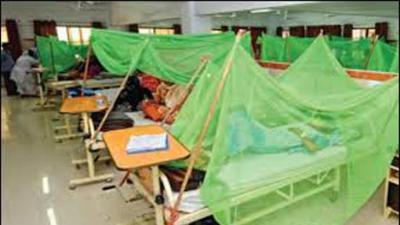 KARACHI: A child suffering from dengue viral fever died in a private hospital in Karachi on Tuesday while 25 other dengue cases were confirmed in the city.

Provincial Manger Dengue Prevention and Control Program Sindh, Dr Shakeel Aamir Mullick said a 10-year-old child, resident of Orangi Town was brought to hospital on 22nd May and died on 23rd May during treatment.

The diagnostics reports confirmed that child had been suffering from dengue fever, he informed.

He said twenty five more dengue viral fever cases were reported across the city in a week, increasing the patients number to 360 in the city this year.

He said a total of 367 dengue fever cases have been reported in Sindh province since January 2015 out of them 360 were detected from Karachi while seven reported from rest of Sindh province. (PPI)