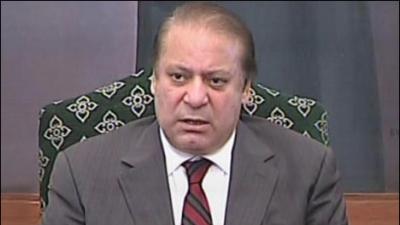 ISLAMABAD: Prime Minister Nawaz Sharif said on Thursday that the current operation in Karachi against terrorists and insurgents is in the interest of everyone.

During a meeting with a delegation of Pakistan Muslim League-Nawaz (PML-N) MNAs at Prime Minister House in Islamabad, the PM went on to say that the ongoing operation in Karachi was launched after taking all stakeholders on-board with complete consensus of political parties.

He further said that it had brought down incidence of targeted killings, kidnapping for ransom and extortion.

The PM added that there can be no justification for anyone to keep illegal weapons.