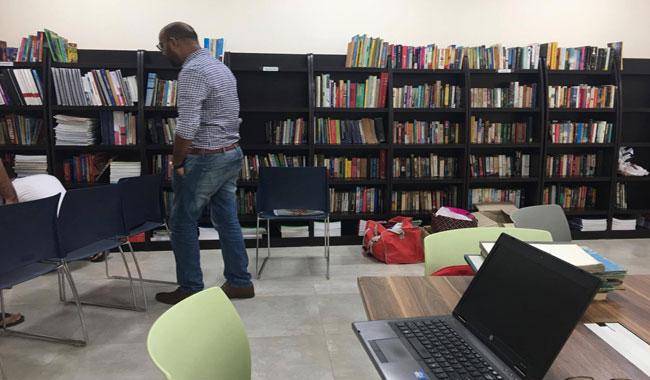 In a city like Karachi, chock-full of turmoil and isolation consists of places and people, who continuously search for situates that would rebirth peace in the brains of humans. Other than the prevailing culture of Karachi, despite the political regimes, the bursting talent came into light and brought laughter into the country is none other than Junaid Akram.

A name, who began making headlines and grabbed the limelight of audiences; prevailed the negativity which was much dig into the meaning of patriotism with various views and standards of mentality, had taken its track in changing the perception. “If you want to educate someone, the best form to do it is through comedy”, said Junaid in an interview. “I believe comedy without a lesson is nothing, the element of education is very important in that. The use of humor is only to teach people.”

But has any impact been witnessed through these flourishing tactics and sterilized lessons on the public forum?

As a society, that change can be seen in 500 years but I do get a lot of messages from people saying I used to think a certain way about a certain issue but after listening to you, my perspective has changed. And I’m not here to change the entire country, I cannot do that; my target is that one kid who can learn from the mistakes I have made. And basically that’s the goal.

What made you to step up for building a library?

Since I’m a social media artist, I’ve spent a great deal of time on the platform; besides I’m a part of various active groups discussing about political and social issues. Since then I’ve been noticing that people lack the art of having an argument. Recently, I read a singer’s viewpoint over the issue (that has taken over the media like storm), well he had something to say about it but was counter argued by some mechanical engineer lady, who ended up saying, but you’re a Marasi;  see that’s not how you tackle an argument. You must have a logical point before giving a counter argument.

Junaid aims not only to educate people but also wants them to communicate ethics that would not only shape them into an intelligent personality but also turn them into a good person with integrities and morals.

“Personal observation is that educated people do not behave like they’re polished, so the problem lies in the education system and there definitely is a lacking in the organization. I can’t change the school systems but yes I can make up a free space for people, who can come, read books. Thus, my idea was to broaden people’s perspective by lining up every genre of book in the library for them to pick up any and spend a good time reading it also spread it. Something beyond from their course books”, he added while talking about his idea of a library.
Free space for people is a great initiative but anything other than that which would help students over there?

The place is not just limited to reading books only but active discussions will also be held often. We also have a psychologist on board, who wants to councel the students to deal with stress during their studies correspondingly will give career counseling as well. The space will be covering lots of other areas other than just reading books.

“My focus is on reading and grooming the students likewise broadening their vision”, he added.

Are you working on something more that would benefit the society?

Library project is a pilot, once it’s successful, I will replicate it in other cities of Pakistan. Besides,  I’m actively focusing on is tree plantation because for a few years the climate here has drastically been changed and environmentally we are far behind. But the problem is, it would require a lot of government involvement so that process might get very slow. Fourteen areas have been marked for it. It is a bit challenging but it’s not impossible.

His message to the nation.

People, have patience. Everyone wants to become Bill Gates but nobody knows he worked hard for years and years. A positive outcome will come but it will take time. Since I’m here for the past few months, I have seen progress; we are in the right direction.