China slams Pentagon report on building military base in Pakistan 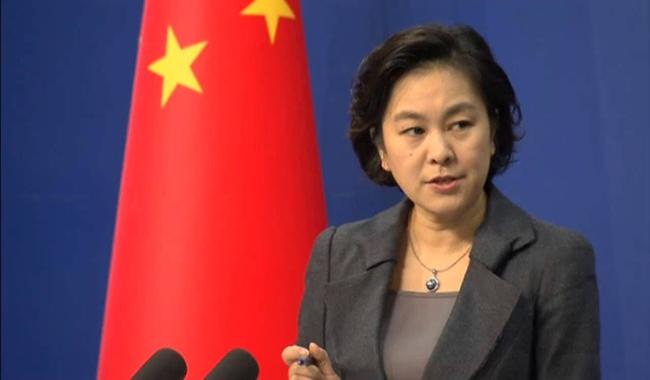 BEIJING: Beijing on Wednesday dismissed as "irresponsible" an annual US Defense Department report that predicted China would expand its global military presence, building overseas bases in countries like Pakistan.

"China most likely will seek to establish additional military bases in countries with which it has a longstanding friendly relationship and similar strategic interests, such as Pakistan, and in which there is a precedent for hosting foreign militaries," the report said.

Foreign ministry spokeswoman Hua Chunying said during a regular briefing Wednesday that China "is firmly opposed" to aspects of the publication.

"We have noted the report released by the US which made irresponsible remarks about China´s national defence development in disregard of the facts," Hua said, declining to comment on "speculation" and noting that the "friendly cooperation (between China and Pakistan) does not target any third party".

As part of China´s expansive Belt and Road regional infrastructure project, China and Pakistan are building an economic corridor aimed at linking northwest China to the Arabian Sea.

China started building its first overseas military base in February 2016 in the small nation of Djibouti, where it will be stationed just a few miles from a US camp.

The outpost will support the country´s UN peacekeepers in Africa, allow it to evacuate its nationals in a crisis, and support anti-piracy activities off Somalia, according to China.

The Pentagon report noted that the strategically-sited camp, "along with regular naval vessel visits to foreign ports, both reflects and amplifies China´s growing influence, extending the reach of its armed forces".

Cameron Diaz reveals her plans to return to Hollywood