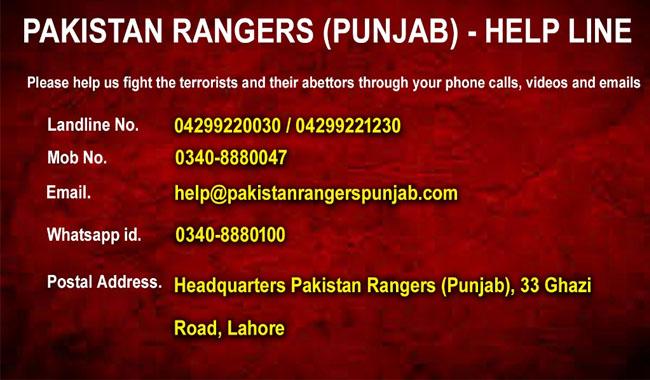 RAWALPINDI: Pakistan Army has advised the people to inform the law enforcement agencies of any suspicious activity so that any terror bid thwarted.

A ISPR statement released contact nos and email address of Punjab Rangers for the conveninece of people and propmt action from the LEAs in case of any militant activity.

The army has launched a military operation after a series of bomb explosion in several cities that killed over 100 people injured hundreds.