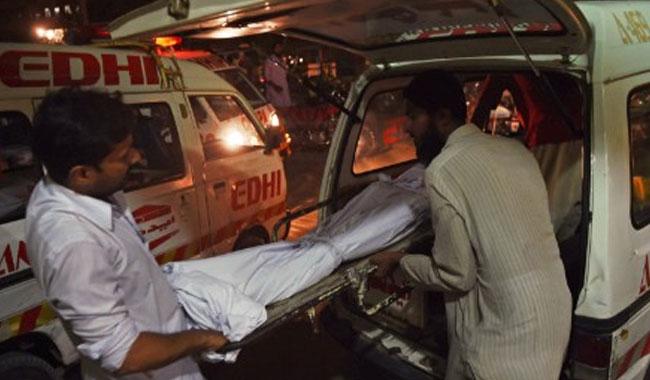 Police had arrived on the scene whereas Rescue 112 had yet to arrive. The bodies of the four deceased could not be identified.

SSP Malir Rao Anwar further disclosed that the slain individuals had been shot to death.

"The victims were blindfolded before being shot to death," he said.

The city has seen a surge in criminal activities over the past month, with many incidents of street crimes such as mobile snatching and bank heists occurring within a span of a few days from each other.